System that keeps us poor made the tsunami so lethal

This article is over 17 years, 0 months old
THE BOXING Day tsunami, caused by an earthquake off the coast of the Indonesian island of Sumatra, has caused devastation across Sri Lanka. It engulfed buildings up to one kilometre from the shore and killed thousands of people.
By Vinod Moonesinghe in Colombo, Sri Lanka
Downloading PDF. Please wait...
Saturday 08 January 2005

THE BOXING Day tsunami, caused by an earthquake off the coast of the Indonesian island of Sumatra, has caused devastation across Sri Lanka. It engulfed buildings up to one kilometre from the shore and killed thousands of people.

By Thursday of last week over 20,000 dead bodies had been counted. It is estimated that up to a million people, many of them not in the areas directly affected by the tsunami, are in difficulty.

Many people saved their lives by running as fast as they could to high ground. They later congregated in makeshift refugee camps in schools, Buddhist monasteries, Hindu temples, churches and mosques.

The coastal areas of the north and east are reportedly the worst hit. The people here were already in difficulty due to the civil war that had raged for nearly 20 years.

Very little government assistance reached the refugee camps in Batticaloa in the week after the disaster, with most aid arriving from non-governmental organisations.

The Southern Province, which had been relatively untouched by war, experienced disaster. Entire villages were destroyed. In the Galle District a maternity hospital went under the waves.

The people living in small, jerry-built houses in the adjacent villages were easy victims of the waves.

Because there is a shortage of nearly one million dwellings in Sri Lanka, people squat on the beach and build flimsy shacks and shanties. It is these squatters who were worst affected by the tsunami.

Seenigama, Telwatte and the other villages to the north of Hikkaduwa are populated by very poor people. The main industries are coral mining, rope making and fishing. A large number of people work in hotels in Sri Lanka and the Maldives.

People continue mining the coral reefs because they are poor—it is back-breaking work, diving and bringing up chunks of coral—even though it is illegal. The profits are made by the transporters and wholesalers, a tightly knit mafia.

The coral reef has been destroyed, so the beach gets eroded at the best of times. The tsunami swept up through the breach in the coral reef and gouged out large sections of the shoreline.

In the days immediately following the disaster, the government was paralysed. People in the towns and villages inland from the disaster areas looked after the refugees, sharing their food and clothing with them.

On 29 December the authorities started registering refugees. There were food shortages, since people from unaffected areas did not have anything to eat either.

Electricity supplies were restored within three days. Water will take longer, perhaps three weeks. Until that time, it will be impossible for people to return to those houses still standing. Although toilets, being built on top of concrete septic tanks, survived quite well, there is a dire need for sanitary facilities.

People fear for the future. In many cases their houses, now destroyed, represent years of toil. Most people will be unemployed, particularly those who worked in tourism—the return of workers from Maldives exacerbates this. Because the railway is wrecked, most government employees will find travelling to work a major problem.

Vinod Moonesinghe is an activist and spokesperson for Sri Lanka’s Environmental Foundation. For more information go to www.efl.lk 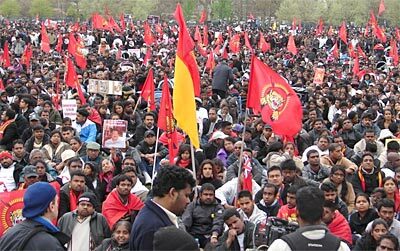 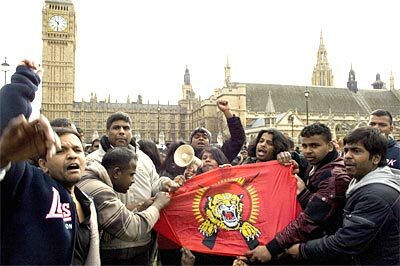 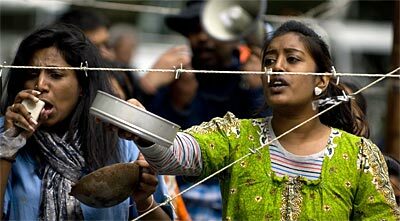