Some 50,000 tax workers at HMRC offices around Britain began a week of rolling strikes on Monday of this week.

The strikes are over job cuts, office closures and privatisation. PCS members are also taking part in a national ballot on whether to strike with other unions on 10 July.

Some 281 tax offices are due to close at the end of July.

Some on the PCS national disputes committee said the tax strikes might mean a lower turnout in the national ballot.

Marianne Owens from the union’s national executive disagreed and spoke to Socialist Worker in a personal capacity. “The strike will concentrate people’s minds on the raft of issues we are facing,” she said.

“It’s good for workers to have more going on than the potential one-day strike.

“People need to see there’s a big fight. They also know it will have more impact if we strike with others.”

Workers at the Department for Work and Pensions (DWP) call centre in Garston, south Liverpool, struck for a day on Monday this week. The strike was against centre closures. 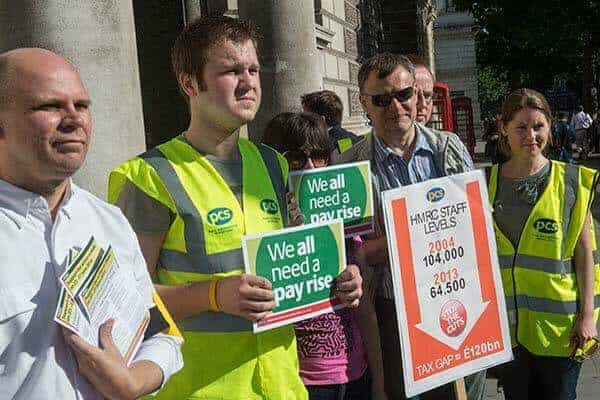