Teachers’ action is put back a week after legal challenge

This article is over 9 years, 3 months old
The NUT teachers’ union has postponed planned industrial action due to begin on Wednesday of this week after the threat of a legal challenge.
Downloading PDF. Please wait...
Tuesday 25 September 2012

The NUT teachers’ union has postponed planned industrial action due to begin on Wednesday of this week after the threat of a legal challenge.

NUT general secretary Christine Blower said, “There has been no official court challenge to the notices given out to employers. Legal advice suggested that the notices were in fact sound.”

It is worrying that the NUT has postponed the action. But teachers are fighting to make it as strong as possible. There have already been several big union meetings including in Sheffield and Hackney, east London, this week.

Debs Gwynn is a teacher in St Helens. “We held a joint NUT/NASUWT meeting in the first week back at school,” she said. “We won some improvements in our appraisal systems, which has given people more confidence.”

Teachers have won support among parents. Nikki Anderson, a parent in Leicester, said, “I support teachers’ rights. I know how hard they work.”

Teachers are also fighting for strikes. Some have drawn up a motion calling on the leaders of both unions to call national strikes that begin this term. Over 82 percent backed strikes in a recent NUT ballot. 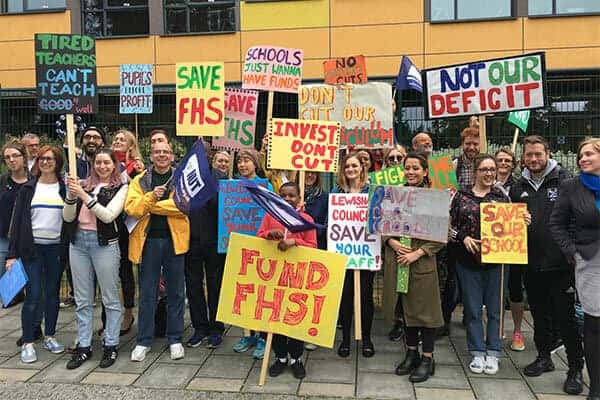