This article is over 8 years, 10 months old
Teachers at Alec Reed Academy in Northolt, Ealing west London, were set to strike on Thursday of this week over conditions.
Downloading PDF. Please wait...
Tuesday 26 February 2013

Teachers at Alec Reed Academy in Northolt, Ealing west London, were set to strike on Thursday of this week over conditions.

The NUT and NASUWT union members plan to walk out for two days the following week, then three days the week after that.

The dispute is an escalation of the unions’ action short of a strike to defend their pay, pensions and conditions.

Employers at Alec Reed Academy have refused to meet either union to discuss the dispute.

Both unions are considering an additional ballot for action to win proper union recognition.

The employer claims that the Tupe transfer in 2002, when the school became West London Academy, did not include union recognition.

Yet officers of both unions were involved in union recruitment activities on site in its early years.

The employer’s solicitor informed both unions earlier this week that it regards the strikes as unlawful.

Both unions have rejected that view and are pressing ahead with the planned strikes. 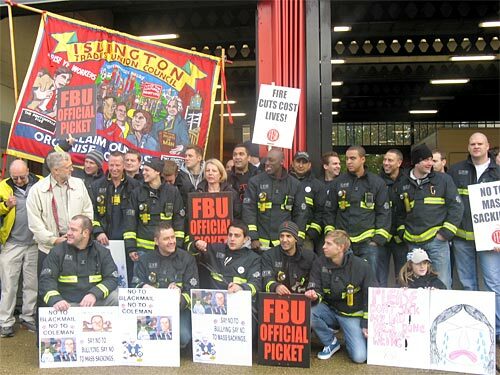 Back the fire strikes to stop mass sackings

'We're going back but battle goes on'