Teachers are gearing up for a strike ballot over Tory education secretary Nicky Morgan’s plans to force all schools in England to become academies.

NUT union members will ballot for strikes over the impact of forced academisation and funding cuts from 23 May. The struggle is drawing new layers of teachers into battle.

Ken Muller is joint divisional secretary of Islington NUT in north London. He told Socialist Worker that a reps’ meeting there last week was “the biggest meeting in Islington that I can remember”.

“It was buzzing,” said Ken. “Some teachers couldn’t get into the meeting because it would have exceeded the capacity of the room.”

Ken said the key to the big turnout was “personal contact”. Emails to reps stressed the urgency of the situation and teachers made systematic phone calls to encourage people to attend.

The meeting broke up into groups with teachers making plans for a public meeting and street stalls. They also plan to send letters to parents explaining the dispute.

Ken said, “We will organise secondary and primary schools into clusters to get the vote out. We are encouraging reps to set up meeting in schools.

“The day after the meeting one rep emailed to say their head teacher had agreed that the school could be used for a meeting for parents.

“It really feels like people are taking ownership of the dispute.”

The Tories claim academies raise “standards” and help the most disadvantaged children.

In reality they are a mechanism for unelected businesses to get their hands on schools.

And they open up the prospect of running schools for profit.

The forced academy plan has sparked widespread opposition with even Tory councillors and MPs speaking out against it.

It has also galvanised more parents into anti-academy campaigning.

So many people registered for a Parents Defending Education meeting in London this Saturday that it has moved to a bigger venue (see below).

Over 300 were registered as Socialist Worker went to press. And some parents have set up a new group, Rescue Our Schools, against the forced academy plan.

Action by the NUT can also increase the pressure on the ATL and NASUWT unions to strike.

Nicky Morgan told teachers there is “no reverse gear” for the plans on forced academies.

Yet the government has been forced to retreat on its baseline tests for four year olds. Resistance can stop the Tories.

As Ken put it, “Teachers have a sense that the government is vulnerable and may have overplayed its hand. People feel that we can win.”

Government figures show that there will be a shortfall of 10,000 primary school places in England within four years.

Right wing newspapers grabbed the chance to blame immigration. But the problem is not immigration—it is government policy.

She added, “Population growth is a predicted fact. Yet this has not been addressed by either this or the previous coalition government.”

In July last year the Department for Education predicted the number of children in secondary schools would begin to rise this year due to “increases in the birth rate”.

The Tories’ forced academy plan will remove the power of councils to build new schools or instruct existing schools to expand.

There is more than enough money and resources to provide every child in Britain with a school place.

Blaming the problem on immigration seeks to disguise that. And it lets the real culprits behind the crisis—the Tories—off the hook.

Bosses suspended Simon after he helped lead a series of successful strikes to stop the school becoming an academy. Teachers took ten days of strikes to defend him earlier this year.

The ballot is for discontinuous action and the NUT is recommending a yes vote. The ballot ends on Friday of next week.

This is a key dispute with implications for all trade unionists. If bosses get away with targeting a union rep, it will give a boost to employers everywhere.

Strikes at Small Heath have already pushed bosses back on academisation. Workers can win on this too—they should fight to get the biggest yes vote in the ballot. 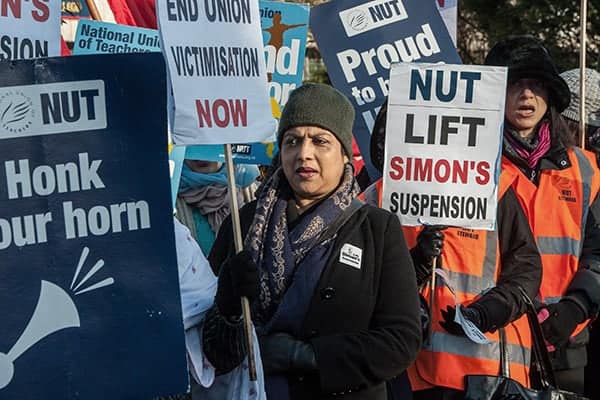 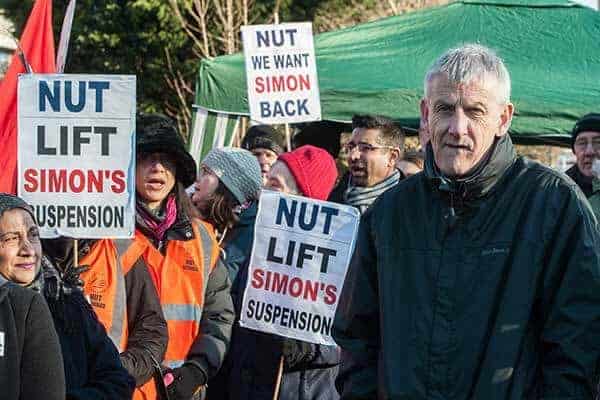 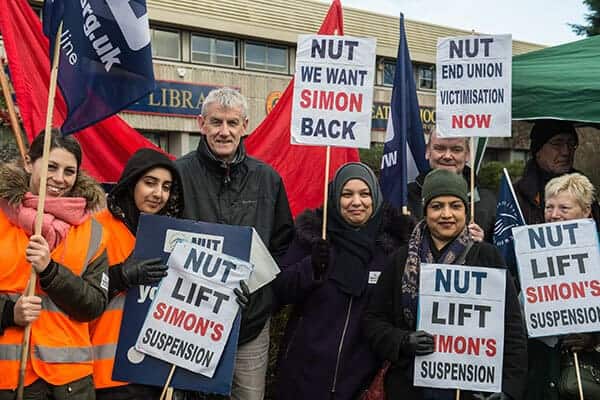 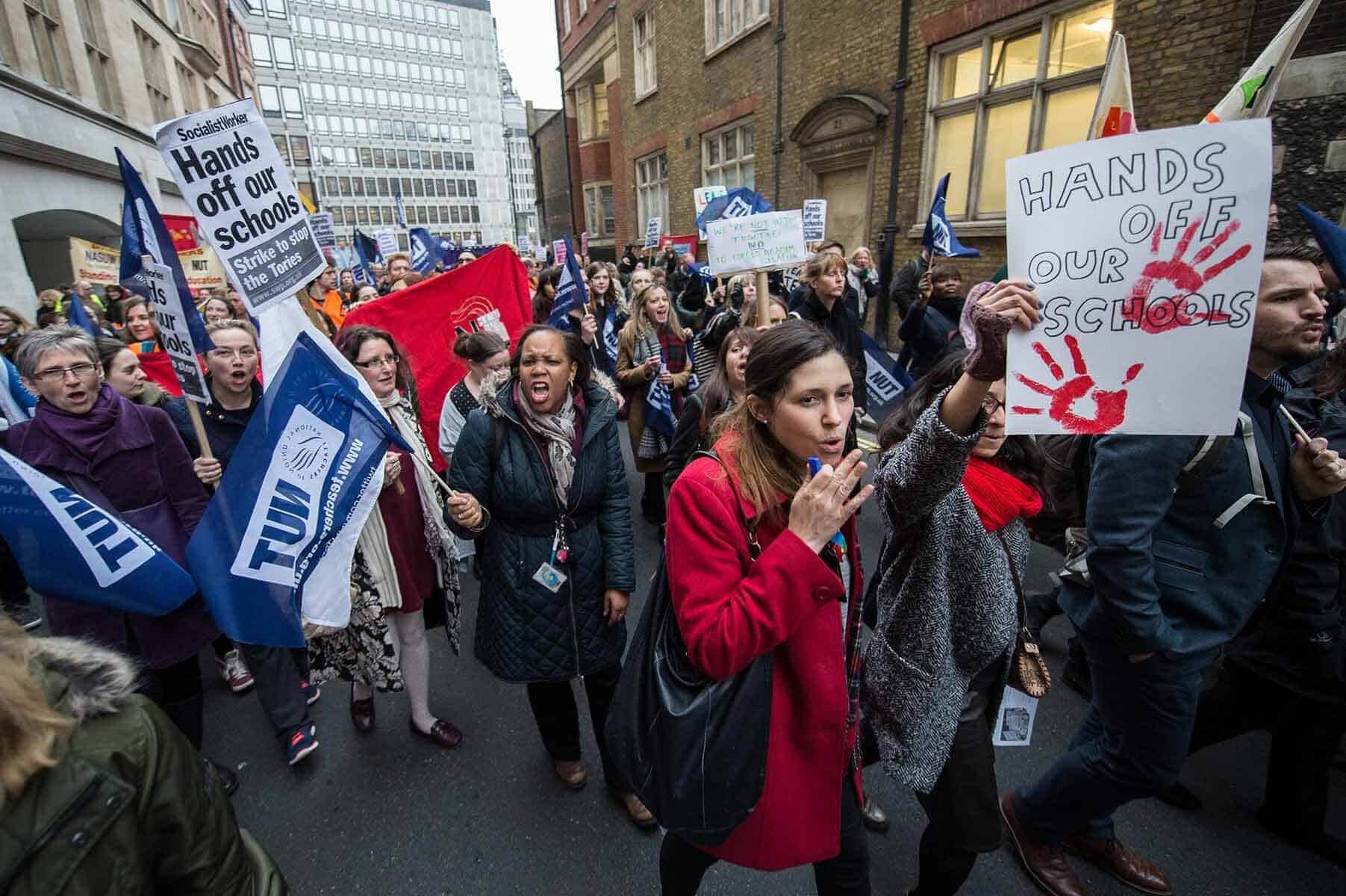 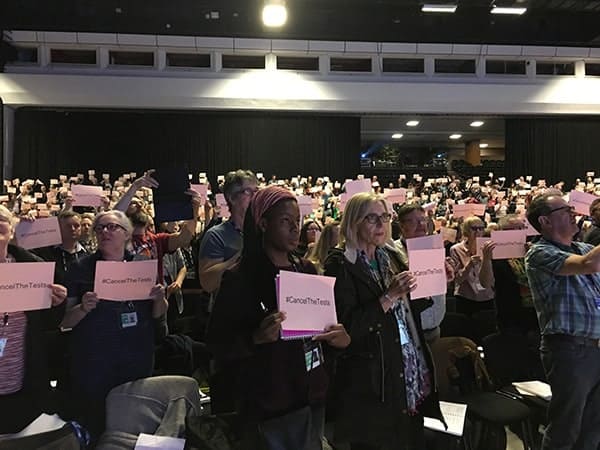 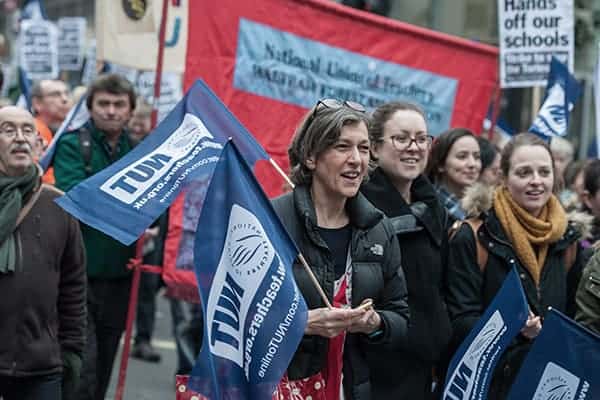 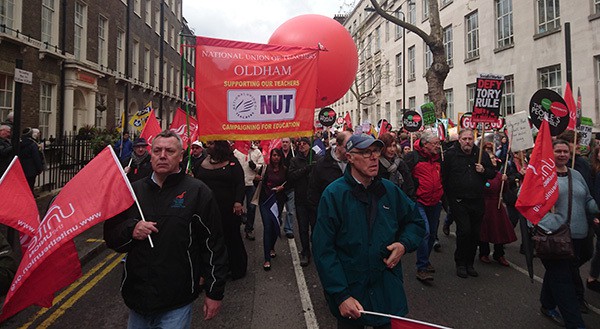