NUT union delegates unanimously opposed the Prevent strategy and the promotion of “British values” in schools.

The Tories are using the Prevent strategy to single out black and Asian children as potential “extremists”.

Three schools in Barnsley, south Yorkshire, published versions of a “Radicalisation and Extremism Risk Assessment” document on their websites. It’s part of Prevent, which schools are expected to implement.

They ask, “Is the school particularly prone to Radicalisation and Extremism?” The answer given is, “No. Cohort of pupils are white British majority.”

It adds, “The school conducts an annual remembrance service with the local British Legion.

One Muslim teacher from Luton told Socialist Worker, “We’ve just had an Ofsted inspection and had a mark put against us.

“They said we need to include teaching about ‘radicalisation’.

“We as teachers, through the union, should refuse to cooperate with it.”

Jan Nielsen from Wandsworth, south London, told conference, “We were identified as a ‘tier 1’ by the Prevent strategy because we have a high number of Muslim students.

“One boy applied to go to Pakistan to visit his dying grandfather. His laptop was taken from him and he was questioned.

“We need to refuse to be complicit in this.”

They agreed to continue to work with campaigning organisations, including Unite Against Fascism (UAF), and welcomed the launch of Stand Up to Ukip

Delegate Seema McArdle won massive applause when she spoke against the scapegoating of migrants, telling conference, “Blame the Etonians—not the Romanians.” There was hissing at the mention of Ukip leader Nigel Farage.

A 200-strong fringe meeting backed by UAF and Stop the War discussed the fight against racism and Islamophobia. 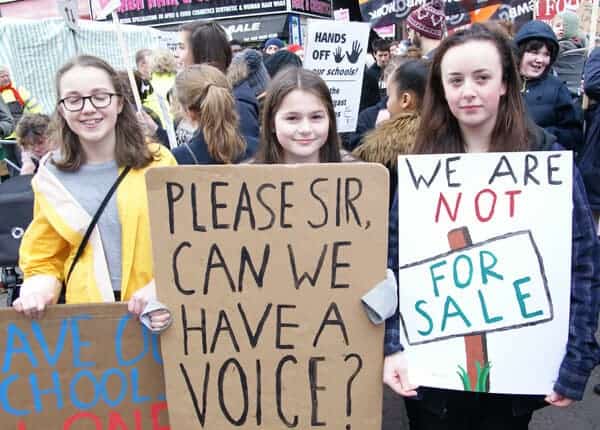 Teachers at NUT conference must prepare for resistance to education assault 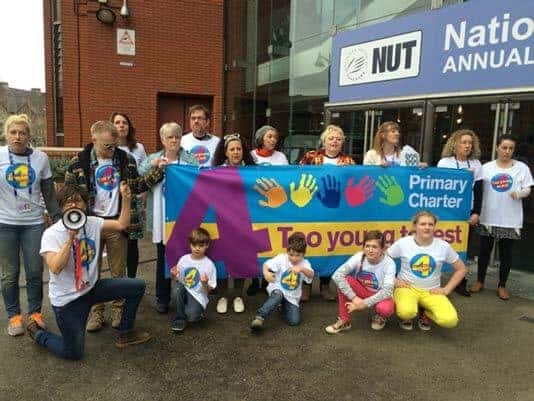 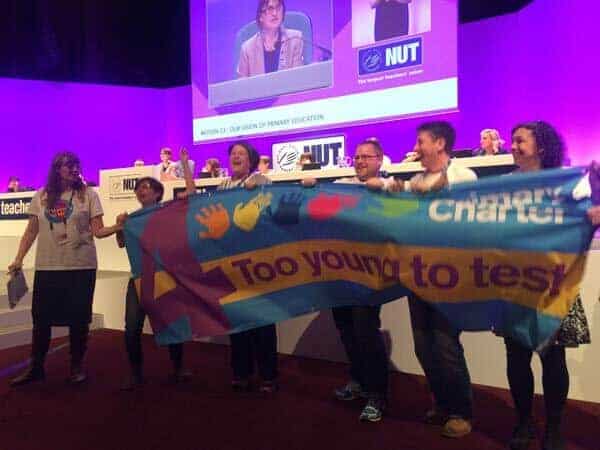 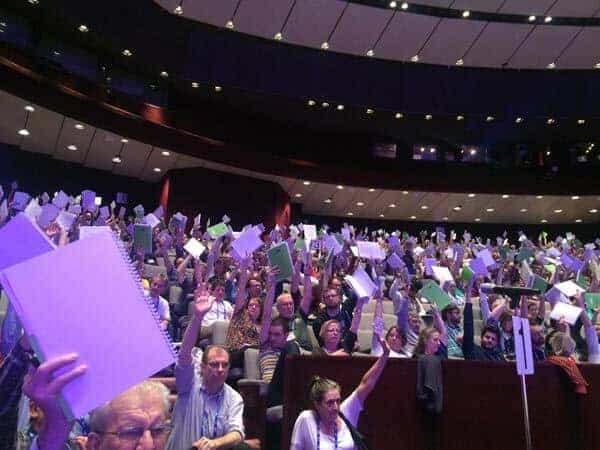 Over 40 percent back escalating action at NUT conference