The executive of the National Union of Teachers (NUT) agreed unanimously last week to ballot members for discontinuous strike action against a below inflation 2.45 percent pay deal.

This is the first time the NUT has ever voted for national, discontinuous and unpaid strike action. Rolling days of action in the 1980s were subsidised from union funds.

Ballot papers will be sent to members’ homes from Monday 6 October, with a view to taking the first strike action in mid-November.

Members in sixth form colleges and some academies will also be consulted on whether they want to be balloted on a similar three-year deal that is being imposed by employers.

New research commissioned by the union shows that after five years at work graduates in comparable jobs to teaching were 18 percent better off than teachers.

Yet the government’s “independent” School Teachers Pay Review Body insists that this gap is negligible.

It is only too happy to stand aside and watch “market forces” drive our pay down. In practice that means waiting for a crisis of teacher vacancies before taking action.

The NUT executive vote was unanimous because all teachers are feeling the pinch – young and old, urban and rural, north and south, from nursery to sixth form college.

The imposed 2.45 percent pay “increase” will start to be paid at the end of this month.

But hardly anyone will notice when soaring food, energy, fuel, transport and housing costs gobble it all up – and more besides.

Because the NUT is not affiliated to the Labour Party, the union’s executive has never even discussed whether we should be trying to make life easier for Gordon Brown by accepting his shabby attempt to blame inflation on working people seeking decent pay.

But there is no doubt that Labour Party members in the NUT will be angry that their party’s leader is using the public sector as a scapegoat for the economic crisis.

The NUT now needs to play a leading role in determining alternative forms of political representation for the millions of workers who have been disenfranchised by Labour’s devotion to neoliberalism.

This debate needs to be raised in earnest at the TUC conference, where hopefully we won’t be the only union giving ministers a rough ride about their boss-friendly policies.

At the moment it looks as though no other school union, to their shame, will strike with us. So there is a major argument for activists to win in every school in England and Wales.

We have to build on the vitality of our action last April, when up to half a million public sector workers across schools, colleges and the civil service struck together over pay.

We should also remember the success of tanker drivers and London transport workers who won concessions by striking earlier this year.

Teachers need to start preparing for the ballot now – organising school meetings, distributing literature, making sure that schools with no union rep are supported and trying to involve members of other unions in the activity.

We have to harness the deep bitterness about bullying managers, pointless targets and excessive workloads. We have to reach out to the majority of parents, who are either trade unionists or sympathisers in this same fight against inflation.

A national branch officers’ meeting has been called at NUT headquarters on 16 September to coordinate work for this ballot. Campaign materials will shortly be available on the NUT website.

The lecturer’s UCU union is pushing ahead with a pay campaign for its members in further education. See » FE lecturers should build on joint action 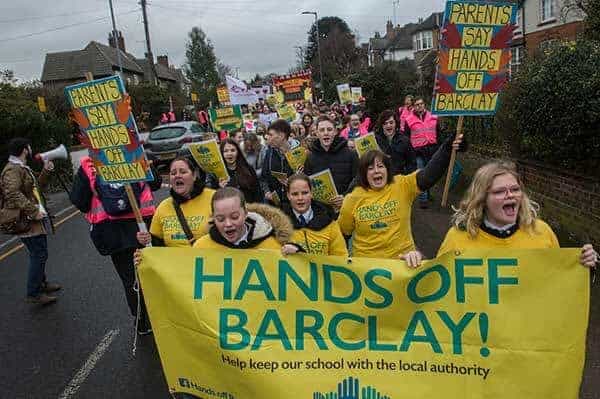 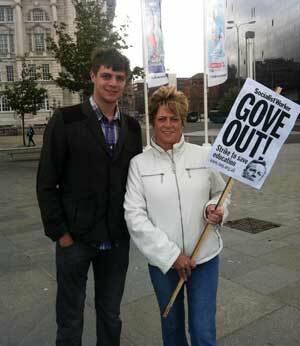 Striking teacher says, 'We all need to be fighting back'