ALL 120 members of the GMB union at the Team Valley Brush company have entered their second week of indefinite strike action at Swalwell in Gateshead. The dispute is over pay, and follows a derisory 1 percent pay offer by company boss Peter Wheeldon.

Striker Margaret Swan says, “He’s offering us peanuts, but we won’t go back now for just a few more peanuts.” Wheeldon pays his workforce just 3.11 an hour. “The hourly rate has only gone up by 9p in five years,” says shop steward June Patterson. Workers only get the minimum wage through working for bonuses and overtime. “Surely it’s against the law,” says striker Paula Ord, “and he owes us all 18 days holiday pay.”

The picket rarely has less than 50 workers on it, and is receiving constant support from passing motorists. Postal workers refused to cross the picket line. And workers at the local B&Q have donated buckets to the pickets for collections.

The local Spar store has given food, coal and umbrellas. “If we are not getting paid then the local community also suffers,” says striker Kathleen Hope. “There are a lot of families working in the factory. I’ve been here for 16 years, and we get less bonus than ten years ago. Most of us like the job, but we are insulted by the wages.”

“What’s the use of a bonus when he just takes it off the flat rate?” adds June Rice. The Socialist Alliance on Tyneside took a collection for the strikers at a local campaign meeting last week. Its prospective candidate for the nearby Tynebridge constituency, Terry Rodgers, backs the strikers and is visiting the picket line this week.

“We’re not going back until we get the 3.70 minimum wage as basic, and a commitment to consolidating the 4.10 rate in October,” says June Patterson. These low paid workers deserve a damn sight more than that. 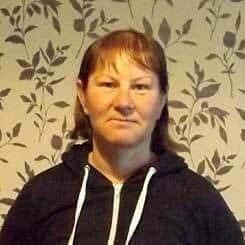 Reality of Tory Britain: ‘I can't afford to eat"

Sprayed on by the MOD