This article is over 18 years, 8 months old
THE DAILY Telegraph is continuing to print allegations based on documents found in Iraq. Last week the Telegraph's accusations sparked the witch-hunt against George Galloway. The latest allegations are so outlandish that even the secret services have cast doubt on them.
Downloading PDF. Please wait...
Saturday 03 May 2003

THE DAILY Telegraph is continuing to print allegations based on documents found in Iraq. Last week the Telegraph’s accusations sparked the witch-hunt against George Galloway. The latest allegations are so outlandish that even the secret services have cast doubt on them.

Journalist Philip Smucker, writing in the US magazine the Christian Science Monitor, claims he saw documents in Baghdad showing the Iraqi regime handed George Galloway £6 million. Smucker also works for the Telegraph. He says he found evidence of a link between the Iraqi regime and an African group with alleged Al Qaida links. MI6 disputes US efforts to link Saddam Hussein to Al Qaida. Telegraph journalist David Blair found the documents in Baghdad that became the basis of allegations against Galloway.

There are also inconsistent dates on the document. It was supposedly from January 2000 but refers to Dr Amina Abu Zaid as George Galloway’s wife – they didn’t marry until two months later. This is not the first time the Telegraph group has come up with ‘scoops’ which back up US hawks.

The CIA sees the Islamist government in Sudan as an enemy.

In 1995 the Telegraph made claims about the extent of slavery in Sudan. Director of the African Rights organisation Alex de Waal said the claims ‘played upon lazy assumptions to raise public outrage’. 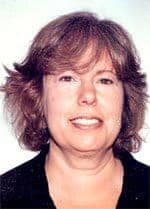 US military families in 'surge' against war