Pride in London has changed since the first march, organised by the Gay Liberation Front, took to the streets 50 years ago
By Sam Ord
Downloading PDF. Please wait...
Sunday 03 July 2022

Crowds turn out for London Pride

Fifty years since the first Pride march in London in 1972, tens of thousands of people marched to celebrate and continue the fight for LGBT+ liberation on Saturday. London Pride started as a protest, organised by the Gay Liberation Front three years after the Stonewall Riots in New York in 1969.

It has changed a lot since then, with corporations and banks dominating. Eve from west London told Socialist Worker, “Today is a big party where we can feel comfortable, but we remember that Stonewall was a riot against police brutality. LGBT+ people still experience awful issues, like bullying in schools or being attacked.

“A massive group of LGBT+ people in London shows we do exist, we are part of society and we will make ourselves heard.”

Pride in London charges up to £60 for a ticket to watch the parade from the grandstand. And sponsors include Transport for London, BT and Openreach—all of which are attacking workers’ pay and conditions.

Trade unions did join the march. This included the Royal College of Midwives and the RMT and GMB unions. Rail worker and Aslef union member Helen told Socialist Worker, “I came out in 1998 which was very difficult. Pride is important because it shows younger people that we are visible.”

Campaign group Lesbians and Gays Support The Migrants led a victorious campaign and open letter demanding the end of police taking part in the parade. It said, “We’ve been campaigning on this for years, as have many other incredible people and groups. It’s so so good to see the institutionally racist, sexist and homophobic police held to account.”

“But also it comes at a cost. It shouldn’t have taken what it’s taken to get here. We shouldn’t have had to draw on the deaths of young gay men or a gay man being deported during pride month to get Pride in London to listen to us.”

The group continues to campaign to ban the Home Office and police patrols from the event. We should celebrate the past 50 years of LGBT+ struggle from winning equal marriage to overturning section 28 and more. But the Tories and right are going on the offensive—and we need to battle for genuine liberation.

Angel from Surrey told Socialist Worker, “We must continue to normalise LGBT+ culture and stop stigma around coming out. Trans women are women and they must be allowed in women’s spaces.”

Lucy from north London agreed, adding, “We need more organisation to fight for change. Pride gives us the space to build.” 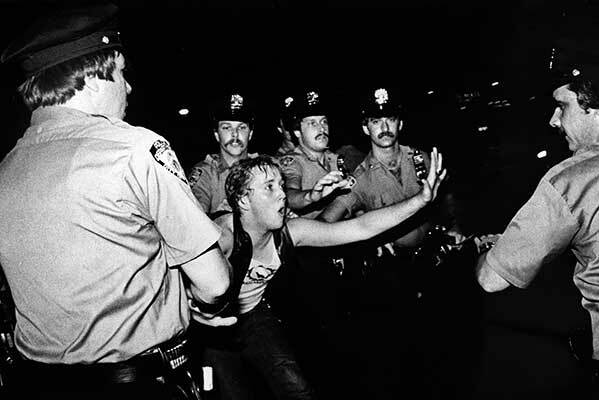