Chants of “Whose NHS? Our NHS” are ringing out in central London as thousands are gathering for the national demonstration to defend the health service today, Saturday.

Delegations of health campaigners and workers from across England are streaming off coaches into Tavistock Square.

Anne and Claire, nurses and GMB union members, have come from Rugby in Warwickshire. “We can see the pressures on the NHS every day of our lives,” Anne told Socialist Worker.

“People are exhausted, going off sick and leaving because of stress, anxiety and depression.”

Claire added, “The government has got no clue what’s going on and we have managers with no medical background whatsoever.

“They need to listen.”

A group of student nurses from Birmingham marched together in their scrubs.

Sophie said, “We work full time for the NHS for free while we train and now they are bringing in fees. The next batch of student nurses will graduate with £27,000 of debt on a starting salary of just £21,000. They need to recruit more nurses and this is not the way to go about it.”

Harriet was angry about social care cuts. “There are elderly people blocked in hospital who can’t go home because the service has been cut. That’s the reason we have shortages in winter, and everyone knows it – it’s the worst-kept secret.”

There are lots of banners from Constituency Labour Party and union branches on the march.

Years of budget cuts and privatisation are pushing the NHS past breaking point.

This will only be made worse if the Tories push through their Sustainability and Transformation Plans (STPs) that will axe hundreds of hospital departments and services across England.

Keith, chair of the Hands Off Our Horton campaign in Oxfordshire, told Socialist Worker, “The plans have nothing to do with improving patient care. They are about putting through cuts.

“We’ve had local demonstrations, but we needed to come on the national one.”

“They are an excuse for pushing through what they’ve wanted to put through for years.”

“We’ve had local demonstrations, but we needed to come on the national one.” 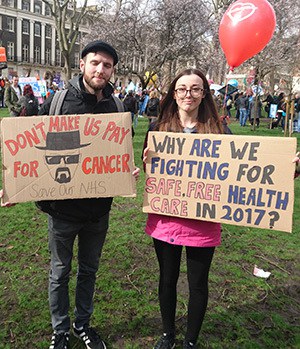 Pauline added, “We need to take collective action, there’s a strength of feeling and this is about showing that.

“It also gives us strength to fight locally.”

As well as pushing through budget cuts, the Tories are attempting to turn people’s anger at their attacks onto migrant workers.

Jordan, a student from Stoke, told Socialist Worker, “The Tories are giving tax break to corporations and the rich and trying to blame vulnerable people and migrants.

He added, “Some people read the newspapers and just believe what they say, but others are starting to look deeper and reject the scapegoating.”

“My friend’s dad spent 14 hours on a trolley having seizures because they had no beds. Then they sent him home because the waiting queue for the MRI scanner was too long, and gave him the wrong medicine because they were so overstretched.”

But she disagreed with the Tories blaming “health tourism”.

“Immigrants made the NHS what it is, it would collapse overnight if they got rid of immigrants. If they taxed the big corporations we could easily afford the NHS, but they don’t do that because they don’t want to make their friends pay.”

The march, called by Health Campaigns Together and the People’s Assembly and backed by every major trade union, is moving off at 1pm and will go to Parliament Square. 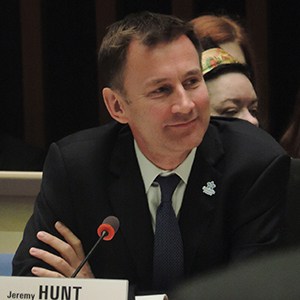 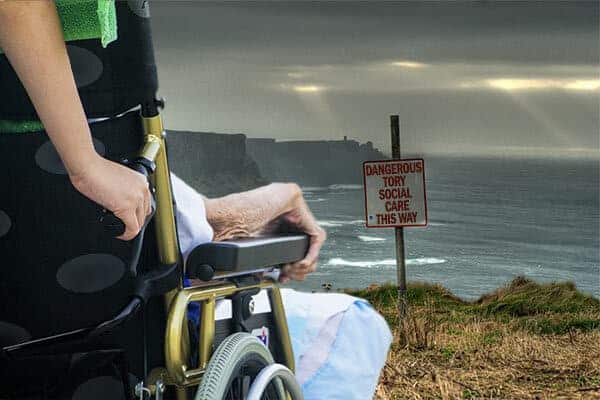 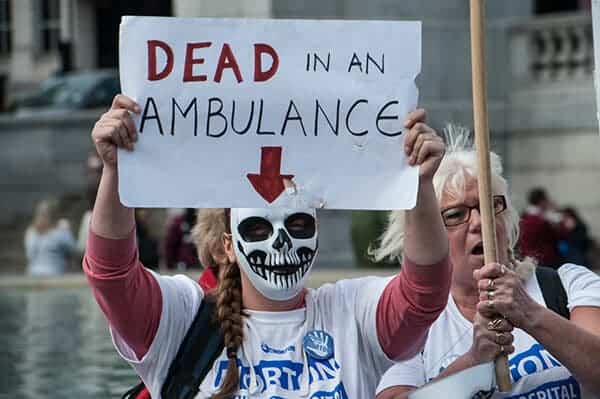 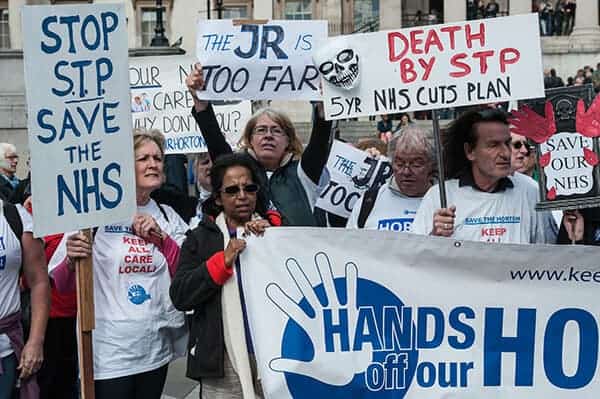 March for NHS could launch movement against Tory health plans 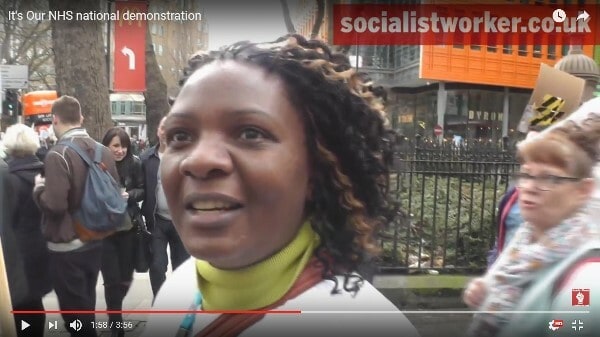