The anti-cuts movement is on the rise

The year ends with clear signs of the potential for local anti-cuts groups to mobilise big protests.

The last month has seen a series of major demonstrations—1,000 in Nottingham, 1,000 in Gloucester, over 700 in Oxford, over 1,000 in Norwich—plus in London 500 outside Camden town hall and the storming of Lewisham town hall.

Now, in an echo of the campaign against Margaret Thatcher’s Poll Tax 20 years ago, protests are spreading beyond the big cities.

Woking, in the Surrey commuter belt, might not seem natural territory for protest. Woking borough council has no Labour councillors on it—Surrey county council has just one.

But last Saturday 150 people marched and rallied in the town’s shopping centre.

The Surrey County Unison banner was followed by fluttering flags from the PCS and NASUWT unions and the South Eastern Region TUC banner. Unite members mingled with activists from Redhill Coalition Against the Cuts.

Surrey Save our Services held a feeder march that joined up with a rally outside the borough council’s civic offices.

Firefighters in uniform joined the rally, as did students from Royal Holloway College (site of a recent occupation) and the University of Surrey. A jazz band played the Internationale and the Red Flag.

A youth worker from the CYWU section of Unite said, “I work in youth services. We already face 45 redundancies in support and training for youth. Workers on the frontline need a whole back up system—but it simply won’t be there anymore.”

School student Edd Chessun, aged 14, was on the demo with his friends Chris Wingrave and Charles Norman. Edd told Socialist Worker, “I don’t support any of the cuts. They should get the money from tax havens. That would raise £70 billion. I want to see a Robin Hood tax on finance, that would raise another £30 billion.”

The cry of “BHS pay your tax” went up as marchers passed its local store. BHS is owned by legal tax dodger Philip Green.

Speakers at the rally included Tony Kearns, senior deputy general secretary of the CWU union, and reps from the local Unison and NASUWT branches.

The challenge now is to keep building this movement but also to encourage more workers’ resistance like in Birmingham (see page 2) and Kirklees (see page 16). It is good that the unions are carefully collating the extent of the devastation that the cuts are causing.

But they also need to be heading up the resistance.

And every activist at local level needs to be organising to do that as well.

Students were given pride of place on the anti-cuts demonstration in Liverpool last Saturday, 11 December.

With chants of “We won’t take police brutality,” and “Students and workers will never be defeated,” they led the march of over 1,000 people organised by the Merseyside Public Sector Alliance.

The march was supported by the Unite, Merseyside NUT, FBU, UCU, PCS, and RMT unions, the Merseyside, Sefton and Wirral trades councils, along with Right to Work, Women Against the Cuts and the Coalition of Resistance.

The Merseyside police were not able to spoil the mood of the demonstration.

The best speaker at the end of the march was a 17 year old student who described how the loss of the Education Maintenance Allowance would affect her studies.

The police had initially told organisers that they did not want any students speaking. Nervous or what!

About 200 lively demonstrators marched through the centre of Barnsley on Saturday. Union members, students and campaigners came together to protest against cuts in local services.

The Labour leader of Barnsley council called on everyone to campaign against Tory cuts.

But many council workers are faced with redundancy at the start of January and hundreds more by April.

Labour councils should be refusing to implement the Tory cuts.

Union and campaign speakers called for action to stop job losses in Barnsley.

Lots of applause went to a speaker from Barnsley college who said students had been resisting the cuts and that students and workers together can bring down this government.

Campaigners held a rally against cuts outside the Town House in Kirkcaldy, Fife, last Saturday. It was organised by the trades council.

DIsabled people’s rights campaigner Susan Archibald said the attacks on benefits “have not come about just through this government, but through the Labour Party—they started it off with a welfare green paper.”

Labour councillor Alex Rowley argued, “In the future we are going to see a bigger movement in Fife. We’ll see this grow and grow.”

Maureen Closs, of the Right to Work campaign, called upon the SNP-Lib Dem administration in Fife to fix a needs-based budget, not the austerity budget demanded by Westminster.

Over 200 people marched against cuts in Southend, Essex, last Sunday. Support came from five unions, the local Labour and Green parties as well as Keep our NHS Public. 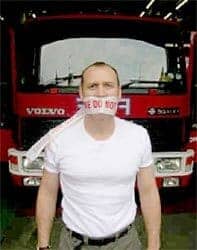