The backlash at Macpherson

The backlash at Macpherson

THE OUTBURST by Judge Poole against the Macpherson report is an attack on anti-racism. It came in the case of the Leeds footballers accused of savagely beating Asian student Sarfraz Najeib. The landmark Macpherson report was produced after the death of black teenager Stephen Lawrence.

Poole said that the report caused “serious mischief”, and that it ought to be “reconsidered”. No one should forget how the Macpherson report came about. Stephen Lawrence was stabbed to death by racists at a bus stop in April 1993. They got off scot free because police racism wrecked the murder investigation.

The Lawrence family fought long and hard to get justice for their son. Six years later Sir William Macpherson’s inquiry into the case revealed in shocking detail how they had been stamped on at every turn. Macpherson instructed that racism should be investigated as a possible motive for attacks and murders.

He said he wanted to stop the police “sweeping these kinds of incidents under the carpet”. That report two years ago vindicated every black and Asian family who had protested about injustice after a loved one had been beaten or even killed by racist thugs. The police have always hated the fact that Macpherson judged them to be institutionally racist.

They hated the fact that they had to take racism into account. The police and their right wing supporters in the media and politics have spent the last two years attacking the “political correctness” of the Macpherson report.

Now they have got a judge in a high profile trial to say exactly what they were thinking. If Poole’s outburst was accepted it would be a step back for every black person and anti-racist in Britain. We should fight to stop any attempt to turn the clock back, and to attack the gains black and white people have made.

Community on the march

AROUND 500 members of the Chinese community marched through central London last Saturday against the scapegoating of Chinese restaurants for the current foot and mouth crisis. They marched to the Ministry of Agriculture, Fisheries and Food (MAFF), and forced Nick Brown, the agriculture minister, to come out and address the crowd.

Draw a line under royalty

ANOTHER unelected, right wing, upper class twit is in the headlines this week. The scandal enveloping Sophie Rhys Jones exposes the shocking privilege at the heart of British society. But disgracefully Tony Blair, who claims to stand for a modern society, backs this ancient institution “100 percent”.

While the monarchy reigns over us living in luxury, ordinary people struggle to get by and suffer job cuts, hardship and closures. Sophie and Edward rake in 141,000 a year from the civil list. On top of this Sophie Rhys Jones cashed in over 47,000 plus bonuses on her royal connection using her PR company RJH, and Edward gets over 60,000 a year from his film company.

All of this is to finance their extravagant and wasteful lifestyle. Sophie’s right hand man at her PR firm, Murray Harkin, a “respectable” businessman, openly admits exploiting her royal connections to make money. The monarchy’s purpose is to reign over us, defending privilege and making sure we all know our place.

Royalty peddle the myth that we are in this thing together, that we are all one nation. We are not. The scandal exposes New Labour’s claim to “govern for the many and not the few”. New Labour wants to keep the queen and her parasitic family in their privileged position.

All the more reason to back the socialist election campaign. The Socialist Alliance and the Scottish Socialist Party are contesting the coming election calling for the monarchy to be completely abolished.

A Greek worker's message to us: United we can beat austerity 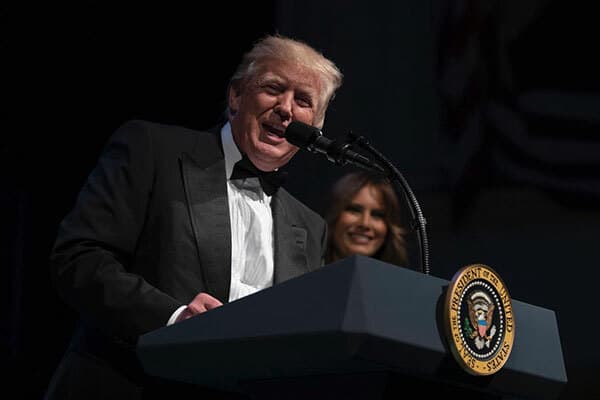 Join the demonstrations when Trump comes to Britain - when and where 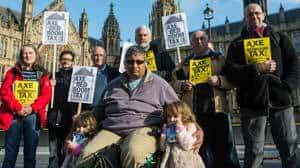