The bigots want a climate of fear

The bigots want a climate of fear

A HUGE political storm has erupted in Scotland over the proposed repeal of Section 28 of the Local Government Act. The arguement has now spread south of the border, involving prime minister Tony Blair. Section 28 is a bigoted measure passed by the Tories to prevent schools and councils treating homosexuality as normal.

Moves to repeal the measure in the Scottish Executive are supported by Labour, the Liberals and the SNP. The campaign against its repeal is being led by Scotland’s best known religious leader, Cardinal Winning, and backed by Scotland’s richest man, Brian Souter. On Monday the press reported that Labour may be in retreat over Section 28. SAM ASHMAN reports from Scotland.

CARDINAL THOMAS Winning plunged even further in his vicious campaign to keep Section 28 on the statute books last week. The head of the Catholic church in Scotland, who is also leading attacks on abortion rights, compared gay people to the Nazis in a speech last weekend.

He declared, “All over Europe an active and militant homosexual lobby is pushing for greater power, and the threat to the Christian family is very real. I would ask you to cast your minds back to the dark days of World War Two. The parallels with today are striking. In place of the bombs of 50 years ago you find yourselves bombarded with images, values and ideas which are utterly alien.” This came hard on the heels of an earlier disgusting statement in which Winning said, “I deplore homosexual acts. I hesitate to use the word perversion, but let’s face up to the truth.”

The Daily Record, the paper owned by the Mirror Group in Scotland, is in the forefront of the campaign against Labour’s proposals to scrap Section 28. And millionaire bus tycoon Brian Souter has pledged 1 million to campaign funds. The Record claims scrapping Section 28 would mean “gay lessons” in schools. “Forget all the posturing from the politically correct classes. Forget all the po faced lectures from ministers who think they know better than you do. Scotland does not want to allow the teaching of gay sex in our schools.”

The Record is deliberately distorting what Section 28 is about. Section 28 stops councils providing information and advice to gay people. It seeks to ban any rational discussion of sex. It makes teachers fearful of challenging the bullying and persecution of gay school students. As Tim Hopkins of the Equality Network says, “Scrapping Section 28 is not about promoting homosexuality. It’s about treating homosexuality as acceptable and about treating gay people with respect.”

“SECTION 28 must go. It makes teachers feel they cannot say anything positive about being gay or to counter bullying. Lives are made a misery as a result.” That’s what 16 year old PAUL NICHOLLS says. He is now happily studying at Langside College in Glasgow. But that is only after years of bullying at school because he is gay.

“I had to leave school early as a result,” says Paul. “I got beaten up. I had a tooth knocked out. I got “poof” shouted at me all the time. They would steal my jotters off me and write faggot all over them. It made me feel just crap. I used to cry all the time. I felt like a freak and an outcast. One teacher was fine about it, and got me the number of the gay and lesbian switchboard and told me to phone them up. But he had to do it really secretly. Other teachers wouldn’t do anything.

Discrimination is wrong, whether it is against black, Asian or gay people. No one should be made to feel ashamed of who they are. It makes me sick when I think what Brian Souter could have put that money towards-why not the NHS, Third World Debt or the Big Issue instead of bigotry?”

THE KEEP Section 28 campaign is being organised by the Scottish School Boards Association. But that did not prevent some major blunders last week. The campaign announced it was backed by ten top celebrity and business figures, including Jim Kerr of the band Simple Minds and Sir Tom Farmer, the boss of KwikFit. Within hours five of the ten, including Kerr and Farmer, said they did not back the campaign.

The executive of the Scottish School Boards Association also had to admit last week that some of its rank and file members are up in arms about the campaign. Walter Thomson, chairman of Preston Lodge High School board in Prestonpans, East Lothian, says many members are determined to dissociate themselves from the campaign. And angry parents from Hillhead Primary in Glasgow wrote to the Herald newspaper on Friday of last week complaing that the SSBA had “created a moral panic and opened the door to prejudice and intolerance”.

“THERE ARE a number of basic reasons for our forthright, unequivocal support for repeal [of Section 28]. It is a stance which is embedded in the Scottish TUC’s commitment to equality and opposition to all forms of oppression. The Scottish Parliament for which the STUC fought so long has agreed that equality should be a founding principle. It is of real concern that those opposed to the repeal should be expressing such a lack of faith in the good sense and integrity of our country’s teachers. We support the repeal of Section 28 because it is a symbol of homophobic bigotry. That is why, in the name of basic humanity, our MSPs must repeal it.”

A MORI survey of head teachers for the Kirsty Wark programme in Scotland found that:

“BRIAN SOUTER treats his workforce like he’d have people treat gays. It is despicable that at the drop of a hat he can find 1 million for this. He is one of the richest people in Scotland, but look at how we’re treated. He’s got money for this, but not for a pay rise for us.”

“Section 28 was wrong when it was enacted, it is wrong now, and it should be abolished. It leads to discrimination. It sends out the wrong message to school children, to other people in education and to society at large. This should not be controversial. Knowledge should not be banned. Finding out about homosexuality does not make people gay. Schools should get as much information as possible.” 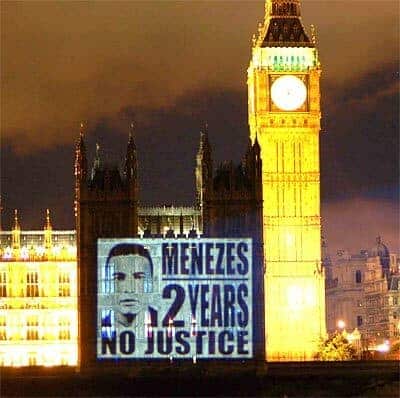