The danger of Nazi BNP vote

The danger of Nazi BNP vote

THE VOTE the Nazi British National Party (BNP) candidate received in the recent council by-election in Bexley, south London, should sound alarm bells. BNP member Colin Smith got 26.2 percent of the vote in Bexley’s North End ward. He pushed the Tories into third place. Smith’s campaign fed off the witch-hunting climate against refugees that the Tories and New Labour have whipped up in the press. Smith attacked asylum seekers, claiming the area was a “dumping ground” for “undeserving scroungers”.

Just 17 refugee families live in the council ward. Yet the BNP wants the majority white population (some 96 percent in the area) to blame this handful of asylum seekers for the lack of resources. As Michael Roberts, who lives in the Erith part of the ward, said, “The whole issue of asylum seekers has been played up in the media by the two main parties.

The BNP capitalised on that. One of their leaflets said a youth centre had been closed and then opened up for asylum seekers. The youth have got nowhere to go round here, but the problem is lack of funding. New Labour have under-invested in the area, and they need to shift the blame to someone else because they are unpopular with working class people.” The area has 8 percent unemployment, around twice the national average. Almost half the housing is owned by the council or housing associations. Many residents suffer poor health.

Local Labour MP Nigel Beard has given in to scapegoating instead of fighting it. “I walk into pubs and people shout, ‘When are you going to do something for the English?'” he said. “That is not racist. It is a feeling of being bypassed, left in the queue for services while others go to the front. The area is almost exclusively white working class. It’s an understandable reaction.” Such comments give credibility to the BNP’s racist argument that white people are suffering because of refugees.

Yet the conclusion of data from the Department of Social Security shows that New Labour’s policies have made all working people’s lives harder, black and white, while the rich have grabbed even more wealth. The government has forced asylum seekers to live off vouchers worth just 70 percent of the meagre income support other poor people in Bexley have to survive on.

Nick Griffin, the BNP leader, says, “The asylum seeker issue has been great for us. It’s been quite fun to watch government ministers and the Tories play the race card in far cruder terms than we ever use, but pretend not to. This issue legitimises us.”

The BNP may want to appear as a respectable party, but when they hold an election leaflet in one hand they hold a baseball bat in the other. Racist attacks in the area shot up after the BNP set up its headquarters in Welling, near Bexley, in 1989.

Four black men were murdered-Stephen Lawrence, Rohit Duggal, Rolan Adams and Ruhullah Aramesh. A concerted campaign by the Anti Nazi League, including a march to shut down the BNP in Welling and a 150,000-strong carnival, drove the Nazis back in the early 1990s. They want to recover that ground by feeding off people’s disappointment with New Labour. But they do not have an easy job. New Labour’s election victory represented a shift to the left away from years of Tory attacks. In the May local elections 272,000 people in London voted for parties to the left of Labour.

Also millions of people saw the true face of the Nazis exposed during the recent trial of the Nazi nailbomber and former BNP member, David Copeland. The Nazis gained significant votes in pockets like Tipton in the West Midlands, and Lancashire. But this has not been widespread across the country. The low turnout in the Bexley by-election, just 19.34 percent, shows many people are disenchanted with all the choices on offer. It is also a confirmation of how deeply felt people’s disappointment with New Labour is.

Linda Taylor, who runs a local refugee hostel in Bexley, says, “The majority of people are decent, honest and not racist.” These people need to be given an alternative focus, one that finds expression in solidarity not scapegoating. 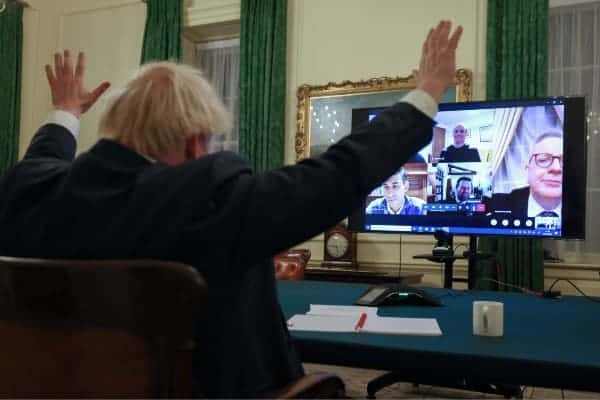 Next week is key for tube dispute