The future of the NSSN: a statement from NSSN officers and steering committee members

This article is over 11 years, 7 months old
We are drawing attention to the disastrous outcome of the Steering Committee of the National Shop Stewards’ Network (NSSN) meeting on Saturday 4 December.
Downloading PDF. Please wait...
Monday 13 December 2010

We are drawing attention to the disastrous outcome of the Steering Committee of the National Shop Stewards’ Network (NSSN) meeting on Saturday 4 December.

The majority in the meeting, who were Socialist Party (SP) members, voted through a series of decisions despite the opposition of absolutely everyone else, of various political affiliations and none.

The meeting decided to propose that the anti-cuts conference being organised by the NSSN on January 22nd should set up an “NSSN All-Britain Anti-Cuts campaign” and the election of a committee at the conference, which would be separate from the existing NSSN structures.

As supporters of the NSSN, we are aware that the NSSN and its supporters are already working, locally, regionally and nationally in opposition to the government’s attacks on our public services and jobs.

The NSSN has an immense task in helping to build for effective action which can begin to beat back these attacks, although it is noteworthy that the original proposal put forward by the Socialist Party omitted any mention of the NSSN working to organise industrial action against the public sector attacks.

However, to agree that the NSSN has an important contribution to make to the anti-cuts movement is a long way from agreeing to the need for it to launch yet another national anti-cuts campaign.

At a time when there is pressure for anti-cuts campaigns to work together – witness the protocol agreed between the Coalition Of Resistance and the Right To Work campaign; the forum on 5 December organised by Right To Work on working together; and the pending meeting called by the Trade Union Coordinating Group on 14 December – the creation of yet another group can only be seen as counterproductive. That the NSSN participated in the forum on 5 December and intend to take part in the meeting on 14 December stands in stark contrast to this move.

Attempts by non-SP officers of the Network to remove the most contentious aspects in advance of the Steering Committee meeting were unsuccessful. The proposals were the subject of a lengthy heated debate. Attempts to delete contentious parts of these proposals were defeated by the SP majority, with no wider support.

Attempts to make positive proposals to work constructively with other anti-cuts organisations were defeated in the same way. The only real progress was the removal of a proposal that the NSSN should support anti-cuts candidates in local elections in May, a proposal which would have immediately wrecked the non-party and cross-party nature of the NSSN.

Launching a further national anti-cuts campaign, while obstructing cooperation with other organisations, would be a retrograde step, as well as changing the nature and direction of the NSSN. If the NSSN becomes controlled by one political party which is unwilling to work constructively with any other shop stewards in the network, we would see no point in further participation. Confirmation that this is the way the the SP intends to proceed seems to be borne out by events since the meeting of the Steering Committee – the secretary has unilaterally announced that only SP members will represent the NSSN at two forthcoming meetings discussing left/anti-cuts cooperation, with not even a pretence at consultation with non-SP officers .

We therefore urge the Socialist Party to pull back.

plus the following members of the NSSN Steering Committee:

‘We are circulating this statement throughout the trade union movement, especially activists in NSSN affiliated or supportive unions, to which, ultimately, the NSSN should be responsible. Please discuss it at your trade union branch or other union meetings.

‘We need messages of support for this statement, but would also welcome questions and comments, sent to the address below.

‘NSSN Officers and steering committee members listed are willing to attend trade union meetings to put our case, so please consider inviting us.

‘Finally, friends, our London conference on 22 January gives us a chance to return the NSSN to a sensible consensus-based policy: please do your best to attend: a substantial turnout of mainstream trades union activists can ensure that the NSSN has a future: the Socialist Party alternative, as the ‘trade union wing’ of a small left group, has no future at all.’ 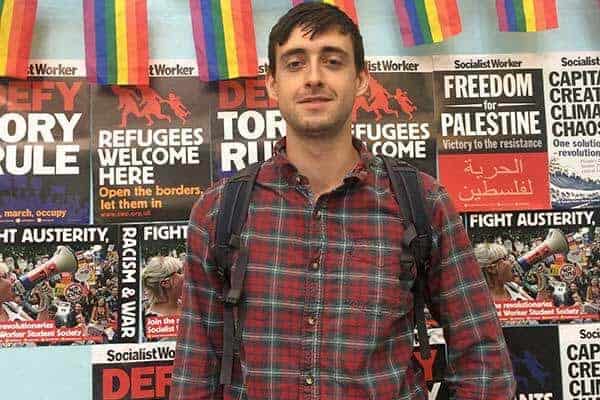 Students inspired by Jeremy Corbyn say something must change