The good, the bad and NATO’s lies

The good, the bad and NATO’s lies

NATO IS tolerating ethnic cleansing on a massive scale in Kosovo. The “peace” it said it was bombing Serbia and Kosovo to gain has failed to materialise.

The region is in a worse state than it was before NATO intervened. So says “respectable” journalist and TV pundit Jonathan Dimbleby. In an excellent LWT programme last weekend, Inside Kosovo, Dimbleby took NATO’s conduct apart.

He chronicled mass evictions of Serbs from Kosovo, the hounding of the Roma Gypsy minority, the intimidation of Kosovan Albanians by the KLA, and the disastrous mess NATO’s intervention caused. In contrast, news that BBC TV defence correspondent Mark Laity has been offered a NATO job comes as no surprise. Laity gained a reputation during the Balkan War for uncritically repeating NATO propaganda delivered by spokesperson James Shea. Laity is said to have been offered 100,000 a year to be Shea’s deputy.

Gambling on all our futures 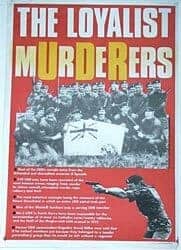