A FEW weeks ago Turkey was being broken on the wheel of the neo-liberal Washington consensus. Now it is Argentina. It is barely a fortnight ago that the newly appointed economy minister, Ricardo Lpez Murphy, announced a two year austerity programme of $4.5 billion spending cuts.

The result was a political explosion. Three cabinet ministers resigned, along with six other government officials. Trade unions launched a series of general strikes while students mounted protests across the country. So last week President Fernando de la Ra replaced Lpez Murphy with Domingo Cavallo. Cavallo had served as economy minister before, under President Carlos Menem between 1991 and 1996.

But during the second half of the 1990s the emerging market boom turned sour. The financial crashes first in Mexico in 1994-5 and then in South East Asia in 1997-8 scared off foreign investment.

De la Ra, elected president in 1999, promised to bring an end to economic stagnation and political corruption. His economy minister, Jos Luis Machinea, predicted that the economy would rise by at least 4 percent in 2000. By May last year his spending cuts were provoking mass protests. In October the left wing vice-president resigned in protest at the government’s failure to deal with corruption.

The political crisis meant the government was unable to raise money on the international capital markets. So de la Ra turned to the International Monetary Fund (IMF) for help. True to form, the IMF demanded large scale spending cuts designed to reduce government borrowing as the price of the $40 billion aid package announced last December.

By March the situation was desperate. The financial crisis in Turkey made investors even more wary of Argentina. The Institute for International Finance predicted that Argentina would only grow by 1 percent this year, and warned that there was “considerable downside risk” even on this prediction. President de la Ra then appointed Lpez Murphy as economy minister to implement the austerity programme demanded by the IMF.

According to the Financial Times, “Markets cheered the appointment of Mr L-pez Murphy, who is viewed as an orthodox economist and fiscal hawk.” But his austerity measures caused the disintegration of the governing coalition. The left of centre Frepaso party abandoned the government. The opposition Peronists, who control several states in Argentina, also refused to cooperate with Lpez Murphy’s programme.

So the president brought in Cavallo to replace him. But the change of economy ministers hasn’t altered the basic thrust of government policy. As the Guardian pointed out, “Mr Cavallo’s first act will not be to announce a Keynesian reflation programme involving cheaper money and increases in spending. Instead he will have to ram a $3 billion package of cuts through parliament.”

Argentina is caught in a vice that is being tightened by the IMF. As ever, the fund’s overriding concern is to ensure that the country honours its debts to foreign investors. One option would be to cut interest rates and devalue the currency, making Argentinean exports more competitive. But it would be even harder to repay the foreign debt.

Argentina could default on these debts instead. Why should working people and the poor suffer to keep the financial markets happy? Such an option is, though, from the IMF’s point of view, absolute heresy. But even the Financial Times’s neo-liberal columnist Martin Wolf says that “an orderly debt restructuring would be preferable to chaos”. An Argentinian default would also be a blow against the idea that poor countries must keep paying to feed the financial vultures.

“Instead of the military dictatorship of the past, Argentina is now confronted by a market dictatorship”

Ex-Ford's worker: 'This is a recipe for divide and rule' 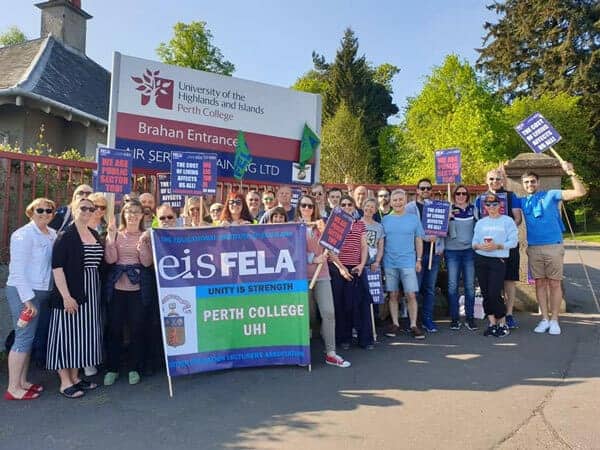 Two days of strikes at colleges in Scotland