This article is over 16 years, 1 months old
Many are immigrants with degrees. Many are on the minimum wage—and none of them are ‘benefit scroungers’. How can unions organise them?
By Simon Basketter
Downloading PDF. Please wait...
Saturday 26 November 2005

“We just work like slaves”, “They treat us like animals”. These are just some of the responses of cleaners on the London Underground in a shocking new study of low pay.

Making the City Work: Low Paid Employment in London is based on interviews with 341 low paid workers. According to one of the report’s authors, Kavita Datta from Queen Mary University, “90 percent were migrants. Migrants account for 35 percent of London’s population and 29 percent of its working age population but they make up 46 percent of all of London’s ‘elementary’ jobs (labourers, postal workers, catering staff and cleaners).

“Half the people in our survey were born in Sub-Saharan Africa but in total there were 56 countries of origin, showing the ‘super diversity’ that is London’s migrant population.

“Levels of pay are extremely low, 90 percent of workers earn less than the Greater London Authority’s Living Wage for London of £6.70 an hour.”

Average earnings were just £5.45 an hour — the equivalent of an average annual salary of £10,200 a year before tax and national insurance.

According to Datta, “People’s conditions of employment are extremely bad. Over half work unsociable hours, with two fifths working overtime. And three quarters of those don’t get any extra rate of pay.

“Three fifths of workers receive no maternity or paternity leave, half had no annual pay rise this year and a third had never had a pay rise. Half of all the workers lost pay for taking time off for emergencies, and just over half did not receive sick pay. Over two thirds, 70 percent, had no access to a pension scheme.

Unlike the image of migrant workers as ‘benefit scroungers’, 94 percent of people paid tax and National Insurance, and very few take up the benefits they are entitled to.

Fewer than one in six, 16 percent, claimed any kind of state benefits at all. Of the 25 percent with dependent children under 16 at home, only a third claimed child benefit or child tax credit.

One of the key issues behind the appalling working conditions is outsourcing. According to Datta, “Much of the low paid economy in London is now characterised by subcontracted service provision.

“Rather than working directly for Transport for London, local authorities, corporations or hotels, the cleaners, carers and chambermaids are employed by a sub contractor. This cuts costs for employers, but increases the costs borne by those doing the work.”

On London Underground workers revealed that of the £12 that Transport for London pays subcontractors for an hour of cleaning, only £4.85 reaches the worker.

Some workers are made to pay for their own training before starting the job. Others had to pay a deposit of £130 for a fire safety card.

Cleaners also had to pay for their own travelcards in order to be able to move on the underground while at work and then ask the employer for a reimbursement. Staff directly employed by Transport for London receive a free travel pass.

One worker reported that he lost four hours worth of wages if he was 30 minutes late.

Another, Badu from Ghana, said, “We can’t use the mess room because there are rats in there.” One station had no staff mess room at all, and cleaners had no option but to sit on the train platform to eat their lunch.

Only 16 percent of the underground cleaners were members of a trade union. However, Datta points out, “While overall only 22 percent are in trade unions some 41 percent are active in faith organisations. This is positive in that it at least opens up the possibility of getting people organised.”

This report is a challenge to trade unionists to provide a militant response. The RMT has begun to do this. Victories for these workers would reinvigorate the unions.

The story of our lives

Kobena is a 37 year old Ghanaian. He has a degree and is a cleaner on the underground.

He works 54 hours a week and earns £4.85 per hour. He has only 12 days of paid holiday a year and does not receive any sick pay. He has to pay to travel on the underground.

The report mentions a cleaner on the tube from Eastern Europe who was on a business visa and classed as self employed. This transferred the employers’ obligation to pay tax and National Insurance to the worker.

Li Mei is from China, where she worked as a nurse. She paid a Chinese agency £3,000 to get a job here.

She later paid another £3,000 to an agency in Britain for a work permit and a further £4,500 for an English language course.

She was sacked from her first job as a nurse because of her difficulties with speaking English. She now works as a cleaner at a college in the University of London. She is paid £4.85 an hour, but though she works 30 hours a week, she is only paid for 20 hours.

On a typical day she makes up an average of only six rooms getting £15.90 before tax. She gets five days paid holiday and has never had a pay rise.

One agency pays its Polish maids working in a luxury hotel in West London a piece rate of £1.70 per room. 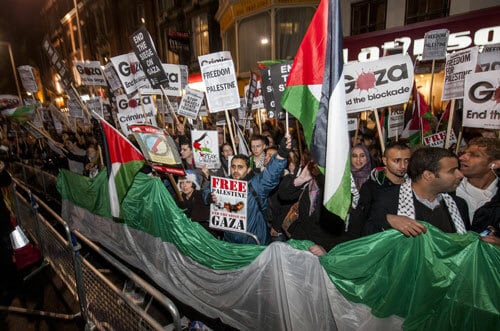