Blair puts us in the firing line

TONY BLAIR backs US president George W Bush’s plan for a “Son of Star Wars” missile system. But he won’t tell you himself. Blair’s official spokesman, Alastair Campbell, let the truth slip last week when he said the plan was “a good idea”.

This “good idea” will stampede the globe towards the possibility of extinction, cost up to $100 billion and unleash an arms race. Former Tory prime minister Baroness Thatcher urged the government to stop “shilly-shallying” on the issue just a few hours before Campbell spoke. Blair had spoken on the phone to Bush the day before. The US president then set out his ferocious determination to get the new system up and running. The madman in the White House now wants:

They would also be used to back US forces in any part of the world. So if US troops go in to enforce the oil companies’ interests in the Gulf or to bully an African debt defaulter there will be more deadly missiles to support them. This package, with the potential to trigger total global destruction, is what New Labour is supporting.

Upgraded “early warning” radar systems are central to the plan. The US says the most important centres will be in their own country, in Greenland…and in Britain. Because of the curvature of the Earth, the US bases at Fylingdales and Menwith Hill in Yorkshire are uniquely placed to “spot” missiles from China and Russia. Therefore Blair’s decision is very important to Bush. Foreign secretary Robin Cook was once a member of CND.

Last week in the Commons he declared that Britain would not object if the US wanted to update Fylingdales. We need a storm of protest against a Labour government that is smoothing the path to global conflagration.

THE SOCIALIST Alliance and the Scottish Socialist Party are totally opposed to Bush and Blair’s missile madness, and to all nuclear weapons. All the major parties are committed to the Trident nuclear missile system that costs over 1.7 billion a year.

The Socialist Alliance and the Scottish Socialist Party say:

THE TORIES and Blair say the system will defend Britain from attack. It will do nothing of the sort. Britain will be acting as an aircraft carrier for the US. It will not be inside the US “missile shield”, but it will be an obvious target because of its strategic bases.

Blair’s willingness to become “radar station number one” and do whatever Bush wants is causing deep splits inside the Labour Party. Last week Lord Healey and Peter Kilfoyle attacked Bush’s plan. These are members of the party’s old right wing.

What the plan means

IF BUSH succeeds, the US will be able to launch a nuclear strike against any other country and be sure there is no retaliation. The people round Bush are deadly serious about this. His secretary of defence is Donald Rumsfeld. He served under presidents Nixon and Reagan.

This Dr Strangelove character says his plan is for the US “to fight and win a nuclear war”. General Joseph Ashy, commander in chief of the US space command, says, “Some people don’t want to hear this but-absolutely-we’re going to fight in space.” Nobody is really sure if the missile system will work. But that is only one aspect of its threat.

If the research and deployment go ahead, no other country can be sure that the US programme is a failure. So China, Russia and other states would desperately try to build up their own nuclear arsenals in order to compete with the US. The US would tell its allies to jack up their arms spending. Most of the world’s population would be squeezed to meet the armaments plans of their rulers.

BLOCKADE ALDERMASTON Monday 14 May, 7am, Reading 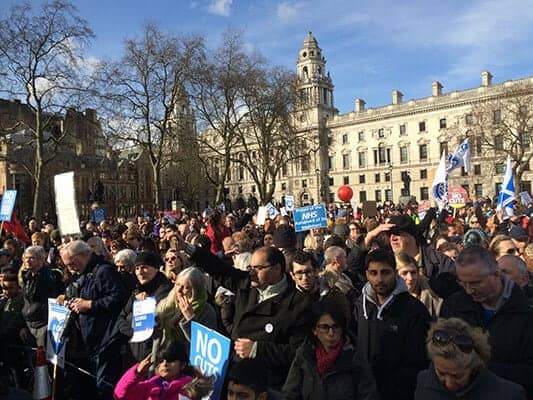 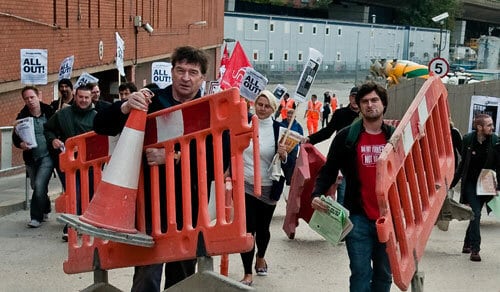