MIRROR EDITOR Piers Morgan is engulfed in a scandal after being accused of trying to make a quick profit through dodgy share dealing. Morgan bought 20,000 worth of shares in a company that the Mirror’s “City Slickers” financial columnists then tipped readers to buy. The share price doubled the next day, and Morgan stood to make a 20,000 profit. If Morgan knew about the tip in advance he could be charged with insider dealing, which is illegal.

The company whose shares he bought, Viglen Technology, is headed by Alan Sugar. Sugar is a Mirror columnist and a friend of Morgan. Now the stock exchange is conducting an inquiry. Morgan says he is the victim of a smear campaign. Newspaper rivals such as the Rupert-Murdoch-owned Sun and Times have been leading a campaign against Morgan. The Sun has dubbed the scandal “Mirrorgate”. The Piers Morgan scandal has exposed a bigger con. The popular press is encouraging ordinary people to believe they can get rich quick through buying shares.

The Sun launched its shares page, “Sun City”, in January this year. An article in February entitled “Sky Rockets” raved about shares in BSkyB, which had reached an all-time high after its expansion into the internet was announced. BSkyB is owned by Murdoch’s News International corporation which Sun editor David Yelland has share options in. Richard Branson’s Virgin Group has also been stoking the shares frenzy with an advertising campaign telling us we are all capitalists. But many experts feel the share bubble may be about to burst.

An article in the bosses’ Economist magazine recently warned of the danger of boom turning to bust, saying, “All over the world the shares people want to buy are mostly ones that appeal to hope and imagination.” It concludes, “Don’t bet on this fairytale having a happy ending.” Even the US’s top banker, Alan Greenspan, has said he believes a stock market crash is due.

A FRENZY of share buying before a spectacular collapse has been typical of previous stock market crashes. People with little money are sucked into the market just as the boom is due for a fall. The big players, who are more experienced, get out fast while millions of losers are left to pick up the tab. In 1929 experts predicted that the share boom in the US would go on forever.

In June 1929 John J Rakob, General Motors boss and a big player in the Democratic Party, said, in similar fashion to Richard Branson, that “everybody” could be “rich” if they put $15 into stocks and shares. Four months later the stock exchange crashed. It wiped out the savings of millions of people and brought destitution. More recently, the Tories promoted the buying of shares in the industries they had newly privatised.

There were huge advertising campaigns for companies like British Gas, BT and British Petroleum, which were sold off between 1979 and 1992. Then in October 1987 there was a worldwide stock exchange meltdown. The bankers and the rich were stunned by the crisis. But the crash hit ordinary people far harder.

The Tory privatisations left fewer ordinary people owning shares in 1992 than in 1979. The top 20 fund managers at companies such as Mercury Asset Management and Prudential control over a third of the total stock market today. The majority of ordinary people who own shares today have very few of them. Many got them when building societies became banks. But the richest 5 percent, people on over 100,000 a year, own over 90 percent of all shares. They can hope to be winners on the stock market, not the ordinary people who can be conned into hoping for easy money only to get burned. 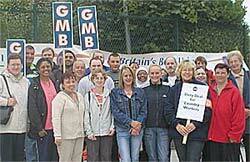 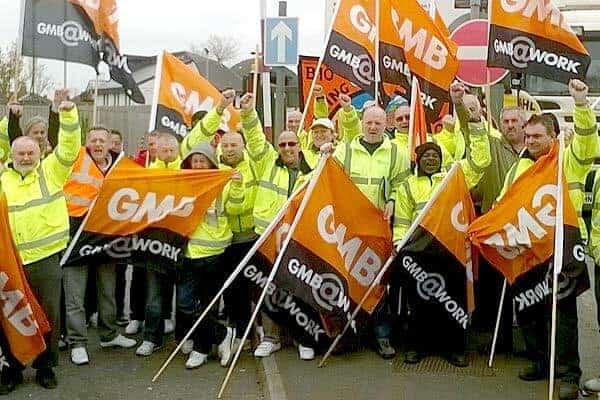 Bins back out in Barking and Dagenham dispute 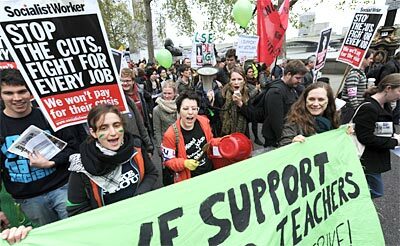 Spirit of defiance against cuts on college picket lines 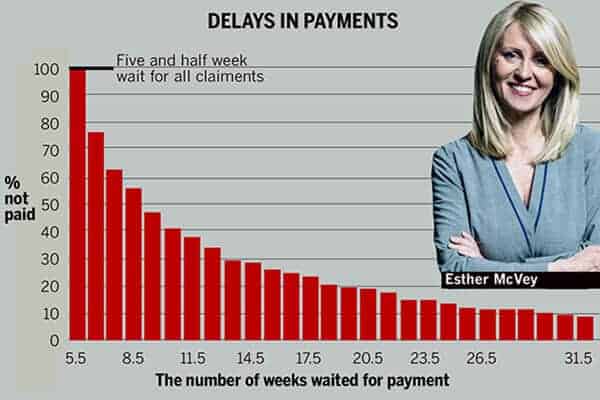