The modernist shock of the new US skyline is still cool 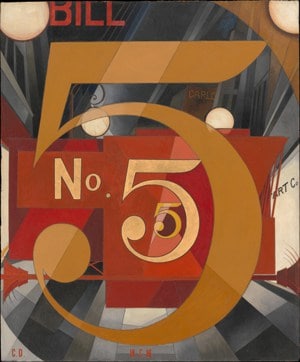 Charles Demuth’s I Saw the Figure 5 in Gold

The America’s Cool Modernism exhibition features many works that have never before left the US and focuses on the interwar period.

The US in the early 20th century was a nation of dramatic contradictions—from the Empire State Building to the Dust Bowl farms.

This provoked artists to seek new forms of expression and grapple with the question of what it meant to be “American”.

The familiar story of the US in the “Roaring Twenties” is that of The Great Gatsby and the Machine Age. The paintings and photographs on display reflect the artists’ experience of modern America.

Many works have a cool, controlled detachment, mostly eliminating people from their pictures.

Factories without workers and streets without people leave the viewer feeling anxious and alienated from the cityscapes depicted.

Hopper’s Manhattan Bridge Loop has a gloomy feel with a solitary man trudging home from work, alone in the big, mechanised city.

Another of Hopper’s paintings, From Williamsburg Bridge, is of a large factory or apartment block. It has a single figure of a woman sitting at a window, alone and detached from the city around her.

The theme of a new efficient calm and ordered America runs through the exhibition exploring what it means to have a national identity.

The oil painting East River from the Shelton Hotel by Georgia O’Keeffe reveals the grid-like, scientific organisation of the modern American city.

The air is filled with large plumes of smoke. They come from both the factories and the steamers on the river which have turned the sky into an odd purple-grey colour.

There is a sense of beauty in the blue of the river and the precise details of the buildings below. The painting makes the viewer feel both fascinated and repelled by the sight of machines, noise, dirt and polluted air.

The new skyscrapers and bridges become studies in geometry and cities are cleansed and ordered with no crowds and no chaos.

Louis Lozowick’s prints capture the energy of the city in buildings soaring into the sky.

In a similalr way Ralston Crawford and Charles Sheeler depict the architecture of industrial America as the country’s new cathedrals—glorious in scale and as feats of engineering.

Charles Demuth’s I saw the Figure 5 in Gold shows a fire truck hurtling through New York. And it evokes the new styles of advertising that were emerging in US cities in the 1920s.

It consists of an enormous stylised 5 that occupies the entire picture which is painted in bold, bright colours and has a clear cubist influence.

Two panels by Jacob Lawrence show scenes of everyday life in the South and the North.

Around half a million African American Southerners migrated north between 1916 and 1921 to escape the Jim Crow laws.

There is an emptiness and absence of people in both the panels suggesting that this new alternate life is more frightening than was promised. An American nightmare rather than a dream. One real treat in the exhibition was a screening of the first US avant-garde film, Manhatta.

Grab your chance to see this fascinating exhibition whilst you can.

America’s Cool Modernism: O’Keeffe to Hopper is at the Ashmolean Museum, Oxford, until 22 July
Topics Reviews 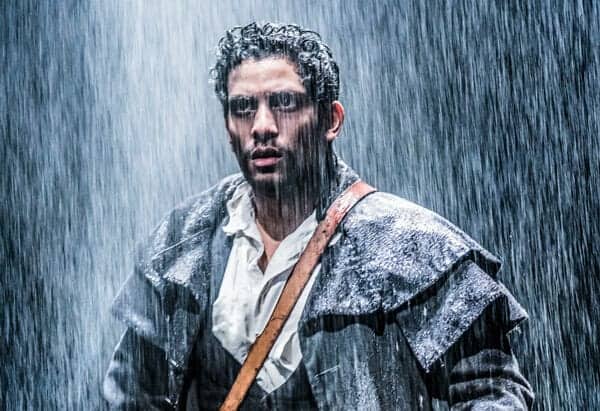