The fascist British National Party (BNP) was polling somewhere between 0 and 1 percent in the local and European elections as Socialist Worker went to press. This is well below its position in 2009.

Then British National Party (BNP) Nazis Nick Griffin and Andrew Brons were elected as members of the European parliament and the BNP gained 50 councillors.

Since then the BNP has seen its success crumble thanks to campaigning by Unite Against Fascism (UAF). At this election they are down to just two councillors. But despite its dwindling presence, anti-fascists have not been complacent about the BNP.

Brons has stood down, but the Nick Griffin Must Go campaign has gone all out to stop the fascist being re-elected. UAF has also been campaigning around the country to drive the BNP out, which included handing out thousands of leaflets.

UAF campaigners and MEP candidate Afzal Khan carried out a mass canvas in Manchester’s Cheetham Hill area on Friday of last week, after leafleting the local mosque. And on Thursday of last week the BNP was forced to cancel a meeting at Salford Civic Centre, after a protest. Salford City Unison called the protest and UAF backed it. 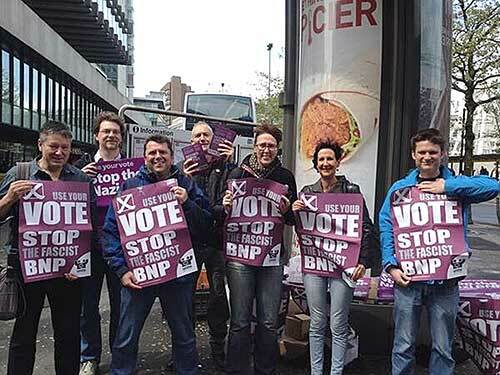 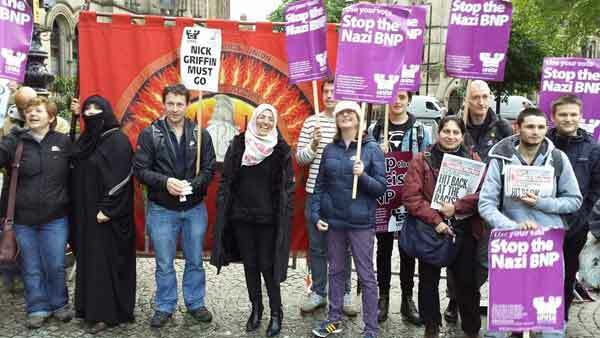