The politics of race and class

The politics of race and class

LESS THAN a year ago Tony Blair announced, “The class war is over.” Yet for the past fortnight Labour ministers have been denouncing some of the ways in which wealth and privilege continue to shape British society.

We should be careful to keep this in proportion. Gordon Brown and John Prescott have been using the case of Laura Spence’s denial of a place at Magdalen College, Oxford, in an attempt to convince discontented Labour supporters that the government genuinely does care about the poor and underprivileged.

This doesn’t mean that New Labour plans to do anything serious about the vast inequalities in our society. Nevertheless, the debate has helped to push class back where it belongs, at the centre of the political agenda.

Moreover, once class rears its ugly head in one place, it will start popping up everywhere. Take the case of David Lammy, the young black barrister who has been selected as the Labour candidate to succeed Bernie Grant as MP for Tottenham. Backed by New Labour’s Millbank machine, Lammy beat Sharon Lawrence, Bernie’s widow, a white left wing activist with a long history of campaigning in the area.

Yet even some Labour left wingers supported Lammy on the grounds that Tottenham, where members of ethnic minorities make up 45 percent of the population, needs a black MP.

Thus one black MP, Diane Abbott, said, “Black people up and down the country will welcome this selection. It would have been a step backwards if Tottenham had gone to a white candidate.” In other words-better a black Blairite than a white socialist.

Presumably Abbott can’t believe anything as absurd as the idea that people can only be represented by people of the same race or ethnic background. Otherwise she would be unable to speak for the many Turks, Kurds and white people who live in her constituency of Hackney North.

What Abbott must mean is that blacks are badly under-represented in parliament, as indeed they are. But does this mean that black candidates are automatically to be preferred to whites in multicultural constituencies? Tony Sewell, a columnist on the black newspaper the Voice, expressed unease at Lammy’s selection: “We’ve Got Blair’s Babes. Do We Want Blair’s Blacks?”

But the problem isn’t just that someone like Lammy is likely to be obedient lobby fodder, mechanically repeating the instructions on his pager. More fundamental is whether the mere fact that he is black means that he can properly represent the interests of the predominantly poor and racially oppressed people of Tottenham.

Take the case of another black Labour barrister, Paul Boateng. Back in the 1980s he was a left winger. He even compared his election to parliament in 1987 to the struggle of black people in Soweto.

Now Boateng is one of the most pompous and reactionary New Labour ministers. He is happy to serve at the Home Office alongside Jack Straw and Barbara Roche as they campaign viciously against asylum seekers, helping to make the racism of the Tory right and the Nazis respectable. How does this help his black constituents?

Lammy has been making great play of the fact that he was brought up in Tottenham in fairly deprived circumstances. This doesn’t alter the fact that he pretty quickly found an escape route-a state boarding school, Harvard University and the bar. For some reason New Labour ideologues keep pushing Harvard as a more egalitarian alternative to Oxford and Cambridge. But, as Godfrey Hodgson wrote in last Saturday’s Guardian, Harvard is “proudly and unapologetically both elite and elitist… The effort to bring poor kids to Harvard on scholarship…is a public relations campaign.”

Having climbed his way into the establishment, Lammy now occupies a different world from that in which poor black people in Tottenham have to live. How can he identify with their problems and take part in their struggles? To cross the barrier that class now sets between Lammy and the people he wants to represent he would have to develop the active socialist commitment to eliminating all forms of inequality embodied by someone like Tony Benn.

But Benn’s socialism makes Blairites like Lammy dismiss him contemptuously as an Old Labour dinosaur. In societies such as ours race and class are twisted together. Black people are generally to be found among the poorest and most deprived sections of the population.

The ruling class uses race to set workers against one other. It also tries to confuse black people by letting a select few into the establishment. Socialists have to help working people of all colours to see through these diversionary tactics and to unite against their common enemy.

‘I’m opposed to any hatred of Muslims’ 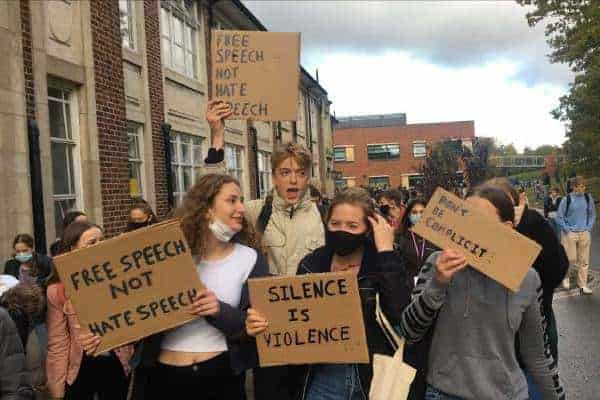