The strike plan is not enough

This article is over 17 years, 10 months old
OVER 90,000 civil servants in the PCS union are set to strike again for two days on Tuesday 13 and Wednesday 14 April. The strike will close down job centres, benefits offices, pension centres and the Child Support Agency. This is the next stage of the campaign against poverty pay by workers in the Department for Work and Pensions (DWP).
Downloading PDF. Please wait...
Saturday 13 March 2004

OVER 90,000 civil servants in the PCS union are set to strike again for two days on Tuesday 13 and Wednesday 14 April. The strike will close down job centres, benefits offices, pension centres and the Child Support Agency. This is the next stage of the campaign against poverty pay by workers in the Department for Work and Pensions (DWP).

A meeting of representatives from 85 DWP branches across Britain in Leeds last weekend saw a confusing debate and vote about a proposal to have a three-day strike at Easter. The group executive committee that runs the union in the DWP then decided to call two days of strikes for Easter. It also planned to call official afternoon walkouts in the run-up to the Easter strikes.

Many activists feel that the decision to only call two days action and have an eight-week gap between strikes is a mistake. Phil Pardoe, a group executive member, says, ‘There was a level of confusion at last Saturday’s meeting. Many of the reps had only taken a snapshot of where the members are at.

‘Two days at Easter will be insufficient to win. We need escalation after that.’ Kate Douglas, a PCS activist in Oxfordshire, says, ‘Only having two days of action at Easter is disappointing. My branch has got its annual general meeting this week. I am putting a motion calling on the group executive to call escalating action. Other branches should do the same.’

Bosses are moving work that has been built up over the strike into other areas. The group executive urgently needs to put the message out to PCS members not to handle strike arrears.

Activists have to organise to make the Easter strikes, and the continuing action, as solid as the February strikes to keep up the pressure on management and New Labour.

ADMINISTRATION workers at the Driving Standards Agency (DSA) HQ in Nottingham kept up our fight for better pay with a one-day strike on Monday. It was really successful and solid. Around 150 workers struck, hitting the department hard. The continuing action of all workers at the DSA has forced driving test waiting times to be put back to June.

We protested against the secretary of state for transport, Alistair Darling, who was opening the tram system in Nottingham while workers in his own department were on strike. He certainly knew we were there. More action was set to be called later this week.
PAUL WILLIAMS

THERE IS a bitter mood over low pay across the civil service. Members of the PCS and Prospect unions at the Health and Safety Executive have both voted to strike over pay. Prospect members voted by 758 to 348 to strike, while PCS members voted by 362 to 200 to strike. Bosses and the unions have an ACAS arbitration meeting on Monday. Workers in the Department for Constitutional Affairs, who struck solidly in January, are about to be balloted on a management offer. Many PCS activists want to reject the deal, which offers very little apart from a management promise to negotiate fairly in the upcoming pay round. There is a possibility to widen the battle.

PCS members in the Department for Transport, the Office of the Deputy Prime Minister, the Highways Agency, the Government Offices for the Regions and the Office for National Statistics are also balloting. All of the different departments should coordinate their action to cause the biggest impact possible and ensure that no department is left to fight alone. 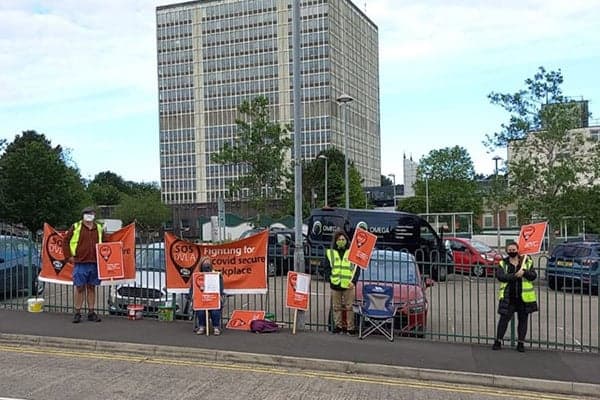