The surge in poverty that shames New Labour

This article is over 14 years, 9 months old
New Labour's claim to be serious about tackling poverty exploded this week when shameful figures were released revealing the true extent of hardship in Britain.
Downloading PDF. Please wait...
Saturday 31 March 2007

New Labour’s claim to be serious about tackling poverty exploded this week when shameful figures were released revealing the true extent of hardship in Britain.

The government had been expected to miss its target of reducing child poverty.

In fact the number of children living in poverty in Britain ROSE by 200,000 last year.

The first increase in nearly a decade destroys the government’s prediction it would halve child poverty by 2010.

In 2005-6, 3.8 million children were in relative poverty – defined as homes on less than 60 percent of average income including housing costs.

With housing costs not taken into account, the number of children living below the relative poverty line was 2.8 million.

The figures represent an increase from 3.6 million and 2.7 million respectively in the previous year.

Martin Narey, the chief executive of children’s charity Barnardo’s, said, “This is a moral disgrace. In 1999, we were all excited by the government’s determination to eradicate child poverty and, on the way, to halve it by 2010.

“It is now clear that what it meant was that it intended, not to halve child poverty by 2010, but to reduce it a bit.

“We are a country where we can countenance individual bankers getting annual bonuses of £22 million while we give a family of two parents and two children, living on benefits, £10,000 to live on for a whole year.”

The same set of figures – Households Below Average Income – also showed a rise of half a million in the number of people of working age living in relative poverty after housing costs in 2005-6.

The figures are worse than 1998, let alone compared to last year.

The warning from Downham 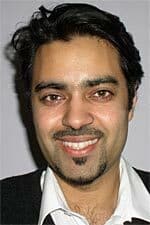 We must raise our voices against these repressive new terror laws

Remember the photos that started the war?