This article is over 11 years, 11 months old
Lord Widgery was given the brief for the first cover up of the massacre in 1972.
Downloading PDF. Please wait...
Tuesday 15 June 2010

Lord Widgery was given the brief for the first cover up of the massacre in 1972.

He did a good job for the British state.

His report accepted the soldiers’ accounts – that they had behaved reasonably.

Minutes of the meeting show “a number of points to which [Heath] thought it right to draw to the lord chief justice’s attention”. These included that “it had to be remembered that we were in Northern Ireland fighting not just a military war but a propaganda war”.

Widgery refused to take evidence from the vast majority of civilian eyewitnesses. Soldiers testified anonymously and in disguise.

It later emerged that their statements were altered to suit the British version of events.

Widgery professed himself “entirely satisfied” that British troops had come under fire and had fired back only in self-defence – a blatant lie.

He explained, “Such a conclusion is not reached by counting heads or by selecting any particular witness as truthful in preference to another.”

All but one of the parents whose sons were killed on Bloody Sunday have died without their children’s names being publicly and unequivocally cleared. 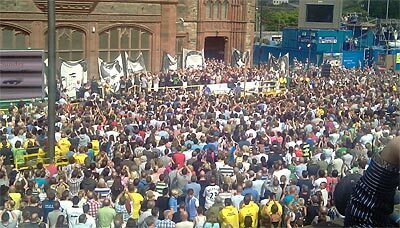 Top brass decided that it was time to ‘shoot selected ringleaders’