This article is over 4 years, 7 months old
By Charlie Kimber
Downloading PDF. Please wait...
Wednesday 31 May 2017

Despite every effort to avoid ordinary people, Theresa May again faced the wrath of protesters today, Wednesday.

Around 70 people gathered at very short notice to harangue May as she visited the Cross Manufacturing factory on the outskirts of Bath.

There were activists from Bath Against the Cuts and local campaigns over the NHS and education cuts, students and pensioners as well as opponents of fox hunting. Some workers from the nearby St Martins hospital took part during their lunch hour.

Despite the highly stage-managed nature of May’s visit, she still had to deal with some questions that she doesn’t have answers to. One Cross Manufacturing worker asked, “What will you do about the rising tide of homelessness and food banks?

“I asked Tory canvassers about this. They did not give me a satisfactory answer.”

Another worker asked about the school funding cuts.

Protester Celia Hollingworth told Socialist Worker, “The demonstration was a diverse group of people brought together by anger against what the Tories are doing. We only knew at midnight that May was coming, and the factory is well out of the city, so I think the turnout was impressive.

“We showed what we thought of May today, and we will keep fighting.

”It’s a real contrast that May is skulking around factories on the edge of cities while Jeremy Corbyn is doing massive public rallies. May is scared of the people she says she represents.”

Protesters played the Captain Ska song “Liar, Liar”. It has soared towards the top of the charts but has outrageously been banned from being played by radio stations, including the BBC.

Some supporters of tactical voting for the Lib Dems came to the protest. But Celia says, “I’m voting Labour. The Lib Dems let us down badly and went into coalition with the Tories in 2010. We need a big Labour vote to push back the Labour right and show support for Corbyn.

“We need a real alternative to the Tories.”

May’s bus was hit by an egg as it left.

May has refused—again—to debate with Corbyn tonight. She is running scared from any sort of discussion or challenge as the Tory campaign hits the rocks.

One Plymouth journalist described May’s lack of engagement with reporters and said he realised after he had questioned her, “She had given me absolutely nothing. It was like a postmodern version of Radio 4’s Just A Minute. I pictured Nicholas Parsons in the chair. ‘The next topic is how Plymouth will be affected by Brexit, military cuts and transport meltdown. Theresa, you have three minutes to talk without clarity, candour or transparency. Your time starts now.'”

Let’s keep up the protests. 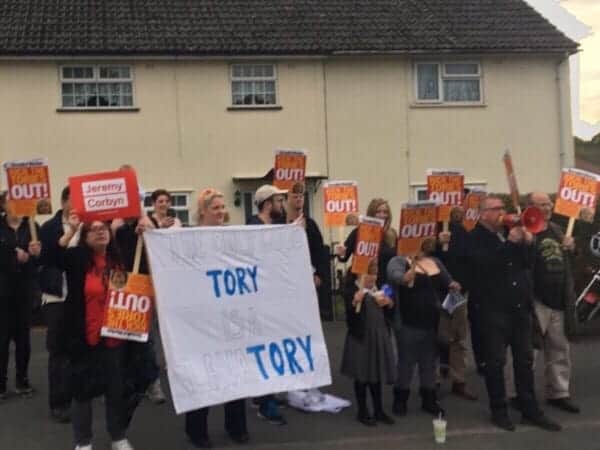 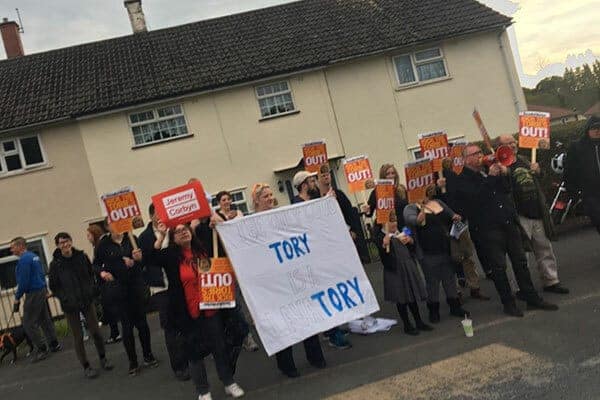 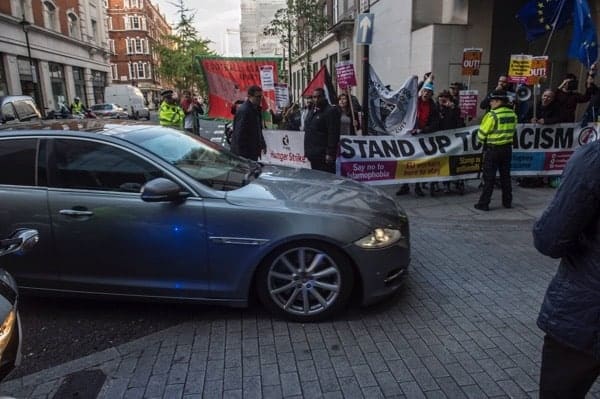 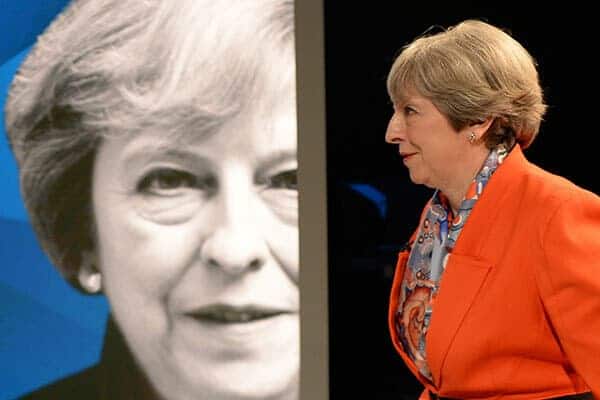 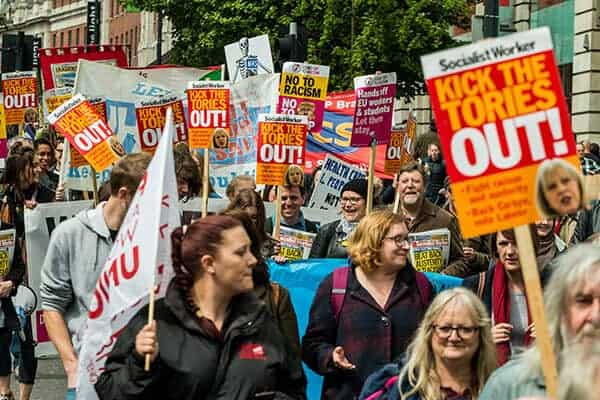