Tory prime minister Theresa May got her way in parliament on Tuesday night—by telling MPs to vote against a key part of her own Brexit deal.

May had previously insisted that the European Union (EU) Withdrawal Agreement she had negotiated was not amendable in any fundamental way. She opened the debate on Monday by telling MPs to back the amendment that tears up a crucial part of the deal.

MPs backed Sir Graham Brady’s amendment by 317 to 301 votes. The Brady amendment called for “alternative arrangements” over Northern Ireland to the “backstop” in the EU Withdrawal Agreement.

May had hoped to unite her party and bolster her position against the EU’s rulers. Caught between the Tories’ deep division over Brexit and the EU’s rulers’ intransigence, she hasn’t achieved either.

Tory MP Steve Baker from the right wing European Research Group made clear that May had only bought their temporary support. “A vote for the Brady amendment is a vote to see if the PM can land a deal that will work,” he said.

“If not, then we are not committed.”

The EU’s rulers have said before voting even began that they would not renegotiate the deal. An EU official said, “The EU has already prepared a reaction in case the Brady amendment passes this evening saying they will not renegotiate the withdrawal agreement.”

A big sticking point remains the proposed “backstop” over Britain and the EU’s border in Northern Ireland (see below).

The backstop would see Northern Ireland remain in the EU’s single market and customs union after Brexit if Britain and the EU don’t negotiate a full trade deal.

Neither the Tories nor the EU are willing to compromise over their border.

The government managed to defeat amendments to its Brexit deal from Labour, Remain-supporting Tories, and the Scottish and Welsh nationalists. But it hasn’t resolved the deadlock over Brexit. It has guaranteed further humiliation, further parliamentary defeats and further divisions in the Tory party. An amendment was passed saying MPs were against a no-deal Brexit, but it is only an expression of opinion and has no formal effect.

May has now promised MPs a “meaningful vote” on the Brexit deal on 14 February if there is no deal with the EU before then.

There will be no love lost between the deeply divided Tories on that day either. But the Labour Party is divided and paralysed over Brexit. Its amendment was voted down by 327 to 296 votes.

It called for the government to “secure sufficient time” to prevent a no-deal Brexit. This could include negotiating changes along the lines of Labour policy of trying to keep a customs union and access to the neoliberal single market.

Labour’s amendment also opened the door to a divisive second referendum. It talked of “legislating to hold a public vote on a deal or a proposition that has commanded the support of the majority” of MPs.

Remain-supporting Tories like Grieve, Blairites, the banks and big business are desperate to remain in the EU’s single market. And that’s because its neoliberal policies protect profits and restrict left wing measures such as nationalisation.

The left should put forward an anti-austerity, anti-racist vision of Brexit that rejects the neoliberal single market and defends freedom of movement.

Theresa May is manoeuvring between tragedy and farce.

But the Labour Party and trade union leaders aren’t taking advantage of the Tory crisis by calling strikes or protests. And this has left working class people feeling frustrated and left feeling like spectators.

The best way to break the deadlock is to step up resistance on the streets, workplaces and campuses to drive out May and all the Tories.

What’s the row over the Northern Ireland backstop?

The British state, the EU and the Irish government wanted to avoid a hard border with physical barriers and customs checks with Northern Ireland.

This isn’t an imminent problem as long as there isn’t a no-deal Brexit. Britain would remain in the EU’s single market and customs union during a two-year “transition period” after the official leave date on 29 March.

But the “backstop” would kick in if Britain and the EU didn’t reach an agreement on their future relationship after the two-years were up.

It would see Northern Ireland remain in the single market and customs union after the transition period ends. And this means that there would be some customs checks between Britain and Northern Ireland.

With the Brexit deadline approaching, May was forced to back the plan last December. But it went too far for Tory backbenchers and the bigots of the Democratic Unionist Party (DUP) who fear that it threatens the British state’s sovereignty over its oldest imperial possession Northern Ireland.

This almost guaranteed defeat for May’s Brexit plan in parliament and has produced deadlock. A Tory minister hastily on Tuesday cobbled together the “Malthouse Plan”, which proposed a free trade area instead of the backstop.

But it won’t succeed—because the EU has already ruled it out.

The EU is a capitalist regional bloc that competes with rivals on the world market. Its rulers want to control what goods and services come into their territory in order to protect their own profits.

While they want free movement for capital and labour inside the EU, they are determined to safeguard its external border at all costs. This means that they would never agree to a breach in the customs union in Northern Ireland.

The real solution is for a Britain to leave Ireland.

And the people of Ireland should have the right to a referendum across the whole island on Irish unification. 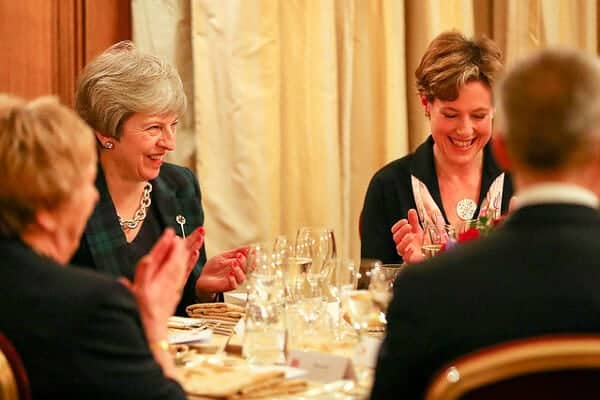 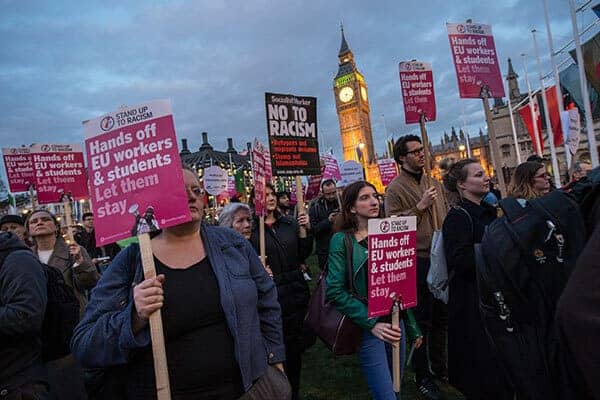 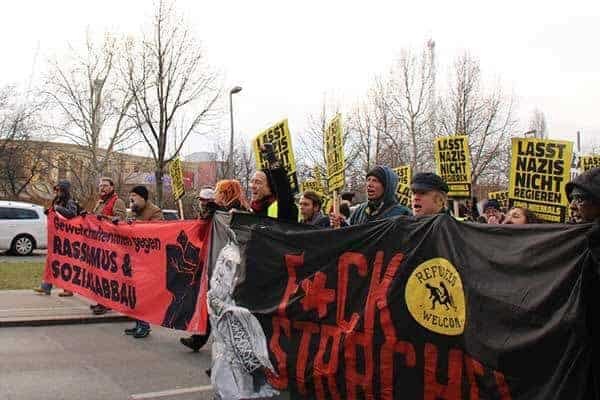