Theresa May’s reshuffle of cabinet ministers began as farce and moved on to disaster.

What was supposed to display renewed confidence and poise delivered further damaging evidence of weakness and chaos. “Strong and stable” feels a very, very long way away.

The odious Toby Young resigned from the Office for Students on Tuesday morning. Education secretary Justine Greening resigned on Monday after she was offered the Department for Work and Pensions (DWP).

No trade unionist, teacher or parent should miss the Tory minister who tried to slash £3 billion from schools’ funding.

Her replacement, Damian Hinds, comes from entrenching poverty, worsening sanctions and squeezing claimants at the DWP. He reacted to concerns about the brutal Universal Credit regime by saying people should stop relying on benefits and get a job.

Greening’s resignation is another humiliating blow to Theresa May, who had already lost three cabinet ministers in the space of three months last year.

Greening is an ardent supporter of the European Union’s (EU) neoliberal single market and is likely be key part of any backbench Remain rebellion.

Before the Greening walkout, the reshuffle was wholly underwhelming. Ministers refused to move, and May gave in.

At the beginning of the day Conservative Central HQ (CCHQ) tweeted a picture congratulating Chris Grayling on becoming party chairman. The tweet was quickly deleted—and Brandon Lewis was appointed chairman later on.

Lewis is the man who in 2014 insisted that building developers should not be forced to fit sprinklers.

Communities and Local Government Secretary Sajid Javid, whose ministry is already in charge of housing, will have it added to his job title.

But the incumbent at business Greg Clark remains—after reportedly refusing to be moved by May. Hunt will now be secretary of state for health and social care, an area that’s already managed by his department.

A few more civil servants and cash may follow, but the changes are largely cosmetic.

The Tories are still reeling from their disastrous general election result—and are torn by the demands of big business and bigotry.

Their friends in the City of London and big business want to remain in the European Union’s (EU) neoliberal single market because it protects their profits. They have the ear of chancellor Philip Hammond, who favours a “softer Brexit”.

At the same time the Tories want to pull people’s anger in a racist direction by promising to dump EU free movement. They know that there is real anger within society at austerity and deep-rooted inequality.

They have stepped back from getting rid of May because there is no obvious alternative, despite the election disaster.

But, as the Tories run up against the reality of the EU’s bullyboy negotiating tactics, these divisions can only get worse.

They are a zombie government—but they won’t all just fall over. It is no use just waiting for a Jeremy Corbyn-led Labour government, we have to force them out of office.

That means building resistance to every one of their attacks on working class people and their attempts to divide us with racism. And the left has to put forward a socialist, anti-racist vision of Brexit to the Tories’ pro-business, anti-migrant one.

A fightback can force the Tories to shuffle off. 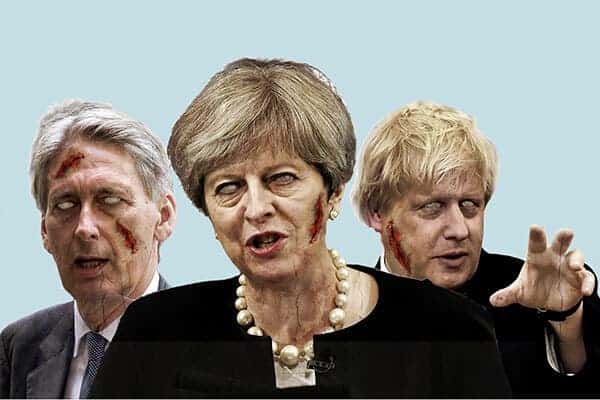 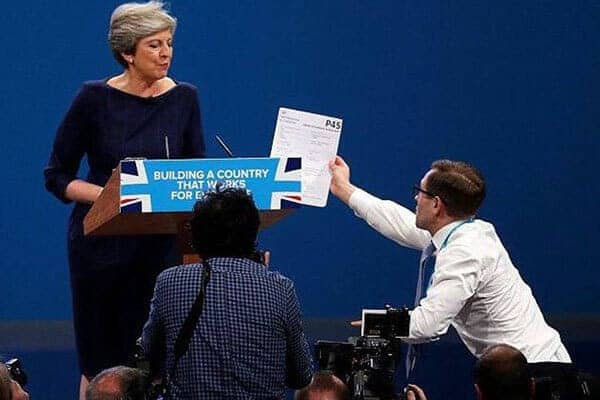