Theresa May is trying to defend capitalism, a system that fails the majority of people on the planet. Speaking today, Thursday, she argued that the free market is the “greatest agent of collective human progress ever created”.

It comes after Labour leader Jeremy Corbyn told the party conference that Labour needs “a new model of economic management to replace the failed dogmas of neoliberalism”.

May’s speech was a sign of how Corbyn’s message of taxing the rich, nationalising services and challenging the market has rattled the Tories.

As the bosses’ Financial Times newspaper put it, “Cabinet ministers admitted after this year’s election that the Conservatives had made a strategic mistake in failing to fight Labour on the economy, allowing Mr Corbyn to make the case for state intervention almost unchallenged.”

But because the free market has failed vast numbers of people, May couldn’t simply cheerlead it.

So she admitted that people are questioning the market economy because the system has “faults”. This is what drove May to attack the “unacceptable face of capitalism” just a few weeks ago.

And her speech showed up the real fears of those at the top.

May argued that free market proponents have to admit its weaknesses to try and stop people rejecting the system outright. “If you want to preserve a system you have to take seriously its faults,” she said.

“Not to do so would put everything we have achieved at risk. It would lead to a wider loss of faith in free markets and risk a return to the failed ideologies of the past.”

But May’s message is that, for all the problems, the free market remains the best way to organise the economy. She claimed that free market economies guarantee freedoms and raise living standards for everyone.

In Britain, homelessness is rising. Government figures found that 4,134 people slept rough across England on any given night in 2016 – a rise of 16 percent on the year before and more than double the number in 2010.

Some 59,090 households were officially accepted as homeless in England last year. Over a third were black or minority ethnic.

Over a million people were given emergency food supplies by Tressell Trust food banks in the 12 months to April.

Millions of public sector workers have suffered an average pay cut of 10 percent in real terms since the Tories came to office in 2010. For most NHS staff it’s even worse – their pay has nosedived by 17 percent.

The true face of what the free market leads to is the burnt out Grenfell Tower.

On a global scale, hunger is rising for the first time since the turn of the century. Some 815 million people were chronically undernourished in 2016, up 38 million from the year before.

Meanwhile eight men have as much wealth as half the world’s population.

None of this is inevitable – or necessary. We have the ability to produce more than enough to meet the needs of every human on the planet. But people go hungry, lack basic medicine or are homeless because the system puts profit before all else.

If it isn’t deemed to be ultimately profitable to produce something, it won’t be produced. And if people don’t have the money to buy something they need, they are forced to go without. The ideology of the free market ignores this class divide and the drive for profit.

The market isn’t aimed at delivering what people need. It’s aimed at making bosses richer. That’s why bosses whine at any hint of “interference” in it – such as bringing in a minimum wage or health and safety regulations.

Millions will have been cheered by Corbyn’s pledges to bring in reforms that will make a real difference to people’s lives.

But attempts to compromise with the free market or limit capitalism’s worst excesses still leave the bosses in the driving seat. And they leave the system that enriches bosses at the expense of the rest of us intact.

Over the last century Tory and Labour leaders have switched between backing the free market and supporting “Keynesian” policies, or more state involvement in the economy.

Neither has succeeded in staving off economic crisis.

But it’s good that Corbyn has reignited a debate about whether we can run society differently – and put the Tories on the defensive.

When May spoke of the “unacceptable face of capitalism” she was trying to protect the system, not transform it. “When big businesses are brought into disrepute, public trust in an open, free enterprise economy is weakened,” she warned.

This is what they are really frightened of. The Tories and the bosses promote the free market not because it is good for us, but because it’s good for the rich. 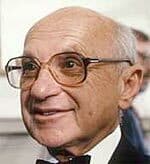