They have gone beyond Thatcher

New labour’s blows against us all

They have gone beyond Thatcher

THE VICIOUSNESS of Tony Blair’s right wing programme for New Labour’s second term is becoming clearer by the day. The New Labour government last week announced measures that go well beyond anything Tory Margaret Thatcher dreamed of being able to introduce. There is to be a brutal attack on Incapacity Benefit and disabled people. Private schools will be able to asset-strip their local comprehensive.

Ministers have also decided to press ahead with the London tube privatisation. As they vote for measures which benefit the rich, MPs will be fattening their own bank accounts.

1. Eton will be able to grab comprehensives

The TES adds, “Leading independent schools are to consider forming companies to run state schools or even take over local authority services.” The Independent Schools Council, which is the coalition of public schools, has its greedy eye on hundreds of state schools.

Only last week the government put forward proposals that would allow private companies to run “failing” schools. Their plans would give companies the power to hire and fire staff, and to control teachers’ pay, terms and conditions, and promotion opportunities.

Companies would be given a controlling majority on the governing bodies of schools. They would be able to override the wishes of parents, teachers and pupils on any decision.

New Labour is so committed to the market that schools minister Stephen Timms told the Financial Times recently that before these plans are introduced companies should be allowed to run departments in schools. He also said that teachers working in state schools could be employed by the private sector.

“The idea that private schools gain financially from public education is one that I think many will find hard to stomach,” says John Bangs, assistant secretary of the NUT teachers’ union. “The suggestion that maintained schools will magically be enhanced by the involvement of private schools is rubbish.”

EDUCATION secretary Estelle Morris wants to make it easier for schools to exclude pupils. She says it should be more difficult for children to win appeals against exclusion.

The decision comes despite the death of Jevan Richardson, a 10 year old black child who killed himself after being excluded from school. Exclusion figures have spiralled over the last few years. David Blunkett, Morris’s predecessor, recently dropped the target of reducing exclusions by a third.

The police have a long history of attacking picket lines and demonstrations called by anti-capitalists, strikers and anti-fascists. Now Blunkett wants to give the police more powers to stop people protesting.

THE GOVERNMENT decided last week to push ahead with its crazy PPP plans to privatise London Underground.

This policy flies in the face of opposition from all the rail unions, London mayor Ken Livingstone and the vast majority of Londoners. New Labour plans to sell off the tube to three different consortiums. The track, signals, tunnels and the rest will be shared out between the consortiums.

Philip Stephens, a columnist for the bosses’ Financial Times, exposed the madness at the heart of PPP last week. He explains how one of Gordon Brown’s top advisers tried to argue “how many thousands of interlocking contractual obligations, incentives and penalty clauses could force four different managements to collaborate-just.

“After a few minutes he stopped in mid-sentence and frowned. He could not complain-the fees paid by the Treasury were top dollar-but it would have been better to keep a single system.”

At that time GEC, one of Britain’s biggest manufacturing companies, renamed itself Marconi after taking over the electronics company of that name. Marconi workers heard last week that the firm will axe 10,000 jobs worldwide by the end of the year. Over 1,500 will go in Britain.

Marconi’s slump follows a crisis in the telecommunications industry which has seen thousands of job cuts. Marconi says that 570 workers at its Poole plant on the south coast will face the dole when it shuts the factory.

Some 4,000 workers at Marconi’s Coventry plant and 1,500 at its Liverpool plant are waiting to hear their future. Figures out this week showed that manufacturing production has fallen for the fifth month in a row.

THE MARCONI job cuts are just the latest to hit the “prosperous” south coast. JDS Uniphase is about to announce another 250 redundancies in the area following redundancies earlier this year. One of the biggest customers for its high-tech products had been Marconi.

Along the south coast at Paignton the Nortel fibre- optic company plans 750 job cuts next month, bringing the total it has cut to 2,000 since Christmas. A 29 year old woman whose brother in law and uncle have both lost their jobs at Nortel says, “There are no jobs down here unless you want to work in a hotel changing beds or washing up on the minimum wage.”

ALTCOURSE JAIL in Fazakerley, Liverpool, was the first prison to be built under the government’s PFI scheme.

A consortium led by Group 4 Securitas and Tarmac was supposed to slowly recoup the cost of building the jail over a 25-year period. But they then pulled a perfectly legal financial scam called “refinancing”, and

Tarmac sold its stake in the deal to a company called Carrillon. The result was that in two years the companies involved have recovered the 247 million the prison cost to build.

No reform has been introduced eight months after the inquiry. An action group to produce recommendations has met only three times. In 1999, 54 children under 15 died from drowning.

Government should target the real scroungers

Put ‘tax the rich’ on menu

SOME PEOPLE have money to burn. Six City businessmen got themselves into the Guiness Book of Records last week for running up the biggest restaurant bill ever recorded.

The six fat cats ran up a staggering 44,007 at the Petrus restaurant in London. And that was just for drinks-the restaurant was so pleased with the high spending six that it waived the bill for the food they had eaten. The restaurant would only reveal the six were “City gentlemen” who may have “been celebrating a big city deal”.

They ordered five astronomically priced bottles of wine, including one bottle costing 12,300 (that works out at over 2,000 a glass).

They have no shame

The move comes after former Railtrack boss Gerald Corbett grabbed a 1.3 million “golden goodbye”. Now Marshall is making sure his pay is greater than the 400,000 a year Corbett was pocketing before he quit.

Brown to rob pensions from over 2 million workers 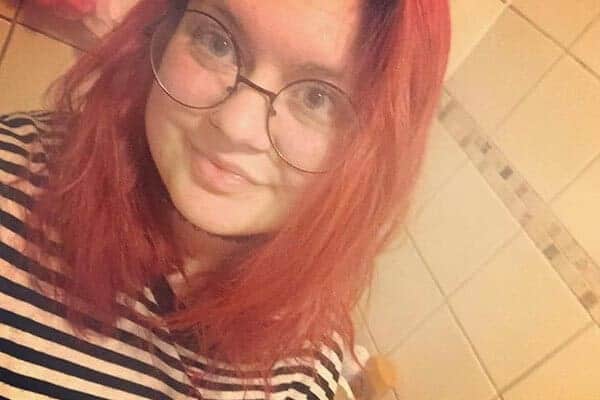