Thousands march to save Stafford hospital

Up to 15,000 health workers and campaigners marched on Saturday, against Tory cuts at Stafford Hospital.

Cheryl Porter, a founder of the campaign to defend the hospital said, “We’re going to keep fighting and we will save our hospital.”

A public consultation over the future of the hospital is set to end on Tuesday.

It closes 145 days after its Mid-Staffordshire NHS Trust went into administration after being declared bankrupt in April this year.

The Trust Special Administrators (TSA) including accountants Ernst & Young claim the hospital is “Neither clinically nor financially sustainable.”

The TSA are trying to link the hospital’s past safety record to their plans to shut services now.

But Cheryl said, “It’s about privatisation. Their plans will make it easier for the private sector to see what they want.”

Stafford Hospital suffered nursing staff cuts as bosses cut costs to turn it into a foundation trust from 2004 onwards.

The result was catastrophic as patients went unfed, unwashed and without painkillers in some parts of the hospital.

The Francis Report into the scandal blamed cuts, management structures and bullying that meant staff complaints were ignored.

Families with children born at the hospital and who have used its specialist children’s A&E were a central part of the march.

They joined workers including midwives wearing  “Midwives say Push for Stafford Hospital” T-shirts. According to one,  “It’s like a family, we look out for each other. If they go through, these proposals will be devastating.” 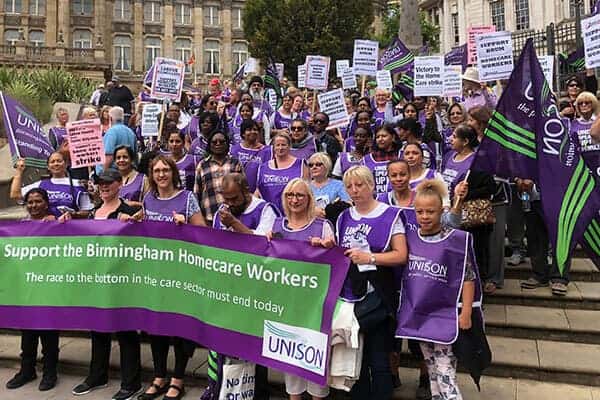 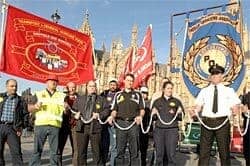