This article is over 10 years, 3 months old
Teachers in the NUT union have wasted no time in building for strikes on 30 November.
Downloading PDF. Please wait...
Tuesday 11 October 2011

Teachers in the NUT union have wasted no time in building for strikes on 30 November.

They have already won their strike ballot, and struck with three other unions on 30 June.

Now they are gearing up for even bigger coordinated action.

He told Socialist Worker, “I’ve organised a meeting in my school this week which is for workers in all unions and none.

“Speakers from the GMB, Unison, FBU, NUT, NASUWT and ATL are coming to speak, along with a student nurse.

“Teachers from feeder primary schools are also coming to the meeting. This is a dispute we must win.”

Teachers are also organising for a mass lobby of parliament and demonstration on Wednesday 26 October.

She said, “In lots of schools, teachers came straight back from the summer holidays and elected someone to go to the lobby.

“Last week I got a call from Unison inviting me to go and talk to them about how to build their yes vote.

“We now have a map with stickers to show where we have set up joint union meetings.

“The Unison, NUT, NASUWT, ATL, ASCL and NAHT unions then met and agreed to share the cost of a coach to the lobby.

“And a retired head teacher has volunteered to ring schools up to see who they are sending to the lobby.” 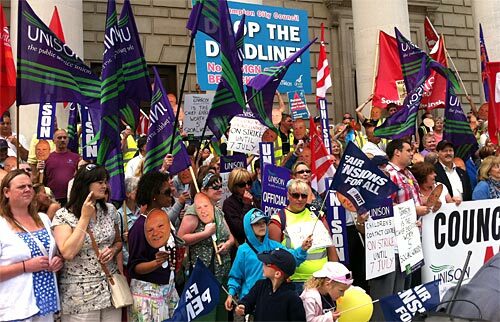 Health workers go all out to stop Tory attack 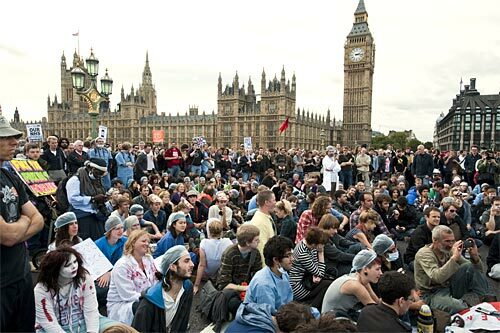 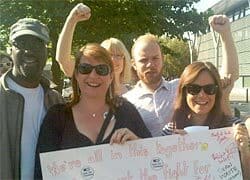 Unite the Resistance: Coming together to discuss how to win