FOLLOWING THE successful election campaign of the London Socialist Alliance there is a major reorganisation of the Socialist Workers Party in London. During the election campaign we ceased having SWP branch meetings to allow our members in the capital to throw themselves into the LSA campaign. As a result we are now in a position to expand the number of branches we have in London. In areas where we are strong and where the LSA vote was greater we can create a patchwork of branches across a borough. In outer London we have to move to set up branches in areas where we campaigned for the first time. These branches will be smaller, more localised and more rooted in their own communities.

Across the country we are increasing the number of workplace sales of Socialist Worker. New workplace sales last week included 8 at Rolls Royce in Hucknall and 4 at Burton’s Biscuits in Edinburgh. Elsewhere last week 44 papers were sold at Llanwern steel works, 29 at Ford Dagenham and 14 at Manchester Royal Infirmary. Over 30 papers were sold on Pfizer picket lines and 6 at Calsonic radiators in Llanelli.

On the first day of MSF conference 120 papers were sold, while 27 were sold at BECTU conference. On Saturday 128 were sold in Birmingham’s High Street, 108 at the Monument in Newcastle, 103 in Manchester’s Market Street, 73 at East Street market in Southwark, 61 in Hackney’s Narrow Way, 47 in Hoxton and 36 in Worcester.

In the last week 7 people joined the SWP at the memorial meeting for Tony Cliff; 6 in Birmingham; 5 in Leeds; 4 in Southwark and Hackney; 3 on a demonstration against repression in Gambia; 2 in Leicester, Glasgow, Croydon, Manchester and Nottingham; 1 in Edinburgh, Coventry Stoke, Birmingham University, Wolverhampton University, Hounslow, Wembley, Fulham, Hammersmith, Notting Hill, Elephant and Castle, Cheetham Hill, Deptford, Bromley and Thanet. 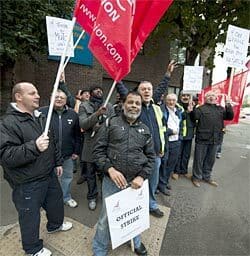