Tories lash out as strike hits them hard

This article is over 10 years, 1 months old
Despite Cameron’s claims that the strike was a ‘damp squib’, the threats from the government show that it is rattled, writes Anindya Bhattacharyya
Downloading PDF. Please wait...
Tuesday 06 December 2011

The Tories reacted to the 30 November public sector strike by dismissing it as a “damp squib”. But their actions since the strike tell a different story to their words.

First of all, they are lying.

On the day of the strike David Cameron told parliament that 40 percent of schools in England were open. But even on the government’s own figures, at least three quarters of schools were hit—and of those, four out of five were completely shut.

In Wales the figures were even higher—around 80 percent of schools were closed.

London’s Metropolitan Police admitted that they had been called in to cover for striking ambulance workers.

The majority of job centres offered no service to the public, according to the PCS union. This was despite some centres being “opened” by bosses on a purely token basis.

And airport border controls only managed to cope because 20,000 people had cancelled their flights that day, expecting chaos.

The Tories know they are fibbing. Far from being relaxed at the prospect of further industrial action, they are stepping up their attacks on the right of workers to organise in trade unions.

On Friday of last week the Daily Telegraph reported that Cameron had “thrown his backing behind a new campaign group” that opposes facility time for trade union reps.

This is an agreement that some union reps have with employers to allow them spend some or all of their working day on union activities such as casework or health and safety.

Now the so-called Trade Union Reform Campaign, set up by Tory MP Aidan Burley, has appeared from nowhere to denounce facility time in the public sector as a “public subsidy” of unions.

Cameron endorsed the attack on facility time in the House of Commons last week, saying, “I don’t think that is right and we are going to put that to an end.”

The Trade Union Reform Campaign is run by a cabal of Tory ideologues. Its chief executive is Mark Clarke, a director of the Young Britons’ Foundation.

This is a hard right think-tank that trains up Tory activists. Its chief executive Donal Blaney wants to abolish the NHS and supports waterboarding torture of prisoners.

The Tory attack on facility time is the latest in a series of attacks on trade unions that they have either floated or are actively implementing.

Chancellor George Osborne’s autumn statement last week announced a review of Tupe regulations, which protect the terms and conditions of public sector workers who get transferred to the private sector.

He hopes that by setting pay levels on a regional basis instead he can drive down wages even further.

And the Tories are floating the idea of bringing in more laws to outlaw strikes.

Cabinet office minister Francis Maude has said he wants to force unions to hold repeat strike ballots every few months, even after they have won a mandate for action.

The CBI bosses’ club has called for strikes to be declared illegal unless at least 40 percent of the workforce takes part in the ballot. Maude said the CBI had made a “powerful case”.

The broad range of these attacks shows that the government intends on escalating its war against workers.

But the mere fact that the government is proposing these changes tells us that 30 November hit them where it hurt.

The message is clear. Striking works—and it has put the Tories on the run. 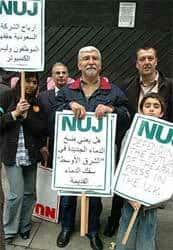