This article is over 9 years, 8 months old
David Cameron and senior ministers have criticised people in Greece for their refusal to accept cuts, unemployment and austerity.
Downloading PDF. Please wait...
Tuesday 22 May 2012

David Cameron and senior ministers have criticised people in Greece for their refusal to accept cuts, unemployment and austerity.

Tory minister Kenneth Clarke also wagged his finger at the Greeks. He said they should “face up to reality” rather than voting for “a hopeless lot of rather cranky extremists”—meaning Syriza, the main anti-austerity party.

Deputy prime minister Nick Clegg pitched in too, warning of “extremism and xenophobia” if the euro project falters. Inability to resolve the crisis would lead to “a push towards the extreme right or the extreme left”, he said.

The Tories are worried about two things. They fear that the crisis in the Greek economy will hit Britain. But they also worry that the spirit of resistance in Greece will catch on here too. 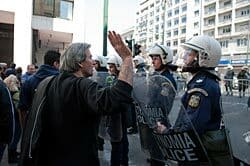 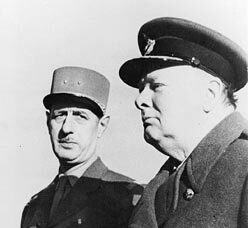 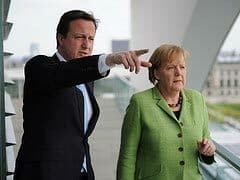