The government is using the Mid Staffordshire hospital scandal to try to drive through privatisation of the NHS.

Everyday the right wing press is packed with lurid stories of doctors and nurses who fail their patients.

Britain’s health care, they say, lags behind the rest of the world.

Health secretary Jeremy Hunt weighed in last week to attack what he called a culture of “complacency” and “low aspirations”.

Right wingers insist that uncaring health workers cause patients to die needlessly in Staffordshire and elsewhere.

They claim that the whole NHS must be “reformed”.

But the attempt to blame staff and open up the NHS to more competition flies in the face of the evidence.

The report of the public inquiry into Mid Staffordshire was published last month.

It attacked the way the government’s system protected corporate self-interest rather than putting patients first.

Managers demanded so many cost-cutting measures that staff were unable to provide even the most basic care.

Accident and Emergency nurses were punished if they spent too much time caring for patients, an employment tribunal was told last week.

Katherine Kelly is a former sister at Staffordshire hospital.

She said, “Management at the time was draconian and nurses were often marched up to the executive office in relation to breach times in the A&E department.”

Competition from private firms encourages such speed-ups and cover-ups—and ever greater rounds of cost cutting as the NHS battles to keep services in-house.

“We want desperately to spend more time with our patients but it’s like fire fighting on the wards,” one nurse at a London hospital told Socialist Worker.

“Sometimes you have four very sick patients who need your help at the same time, but there’s only one of you.

“So only the patient who presses the buzzer gets attention.

“It breaks your heart when you’re not to be able to give the care you’re trained to.

“You have to constantly harden yourself up just to survive.”

The growing demoralisation in the health service can lead some to think that the Tories can get away with their privatisation plans.

But the scale of local resistance to hospital closures and sell-offs shows that much of the public understand well what the Tories are up to. And  they are determined to resist.

That is why the government was forced into a humiliating U-turn last week over its plans to open up local healthcare to the private sector.

Campaigns to save the NHS are coming together in London on Saturday 18 May for a protest.

Similar demonstrations are being organised all over Britain.

If these marches are swollen by trade union delegations and workers, we can help turn the tide against cuts and privatisation.

The Tories are desperately trying to pin the blame for the NHS crisis onto Labour.

They say that “top-down targets” introduced by the previous government are responsible for the needless deaths in Mid Staffordshire.

He accused former ministers of a “deafening silence” about the “catastrophic mistakes” that they had made.

The real tragedy is that Labour accepted the “internal market” in the NHS pioneered by the Tory governments of Margaret Thatcher and John Major.

Both Tory and Labour encouraged private profiteers to build over-priced hospitals under the disgraced PFI system.

Now those fat cats are creaming off billions from the health service budget. 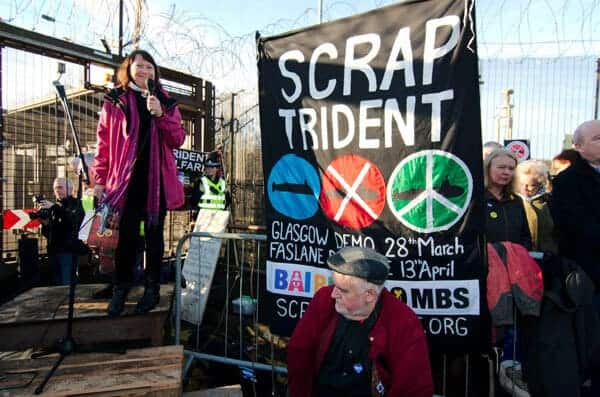 Protesters march on Faslane base 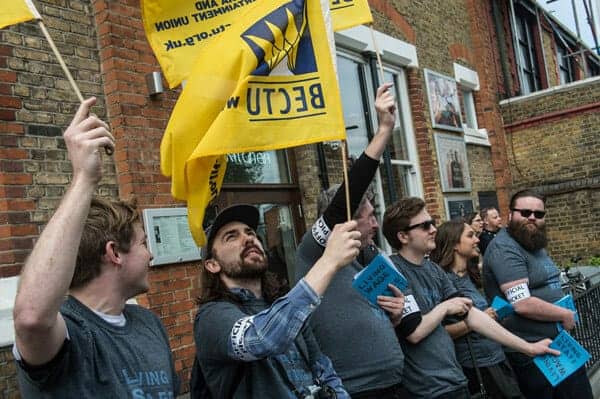 East Dulwich Picturehouse to strike Saturday as other sites reballot