This article is over 8 years, 8 months old
By Dave Sewell
Downloading PDF. Please wait...
Tuesday 07 May 2013 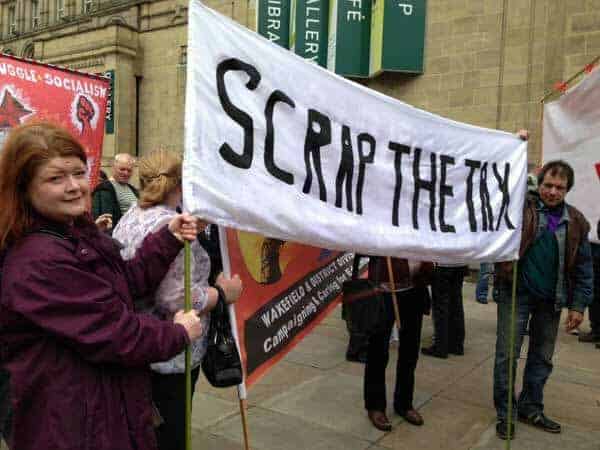 Tenants across Britain are straining under the weight of the Tories’ bedroom tax.

It was introduced a month ago.

Deductions to housing benefits, on top of paying council tax for the first time, means that many tenants have already lost more than £100.

The 650,000 households affected are by definition among the poorest people in Britain. The tax has taken many well below the statutory minimum income of £71 a week.

Single mother Megan Wateland spoke at a May Day rally in Swansea last week. She said that after bills and the bedroom tax she has just £9 a week for herself and her 14 year old daughter.

Benefits offices report being flooded with people urgently seeking help. Bosses at Pitsmoor Citizens’ Advice Bureau in Sheffield said they are now having to ration advice.

The number of people seeking help has quadrupled at the same time as their funding is slashed.

Over 150 people marched on an advice centre in Bootle, Merseyside, on Thursday of last week.

They told local journalists they’d given out more than 10,000 leaflets telling people how to contact their landlords and appeal the tax.

More attacks are on their way.

The benefit cap currently being trialled in four London boroughs is set to be rolled out nationally by September. So will the new Universal Credit system in October.

This will make 60 percent of claimant households worse off and just 8 percent better off, according to a new study by the TUC.

It also found that some disabled people would lose up to £2,800 a year. Everyone who claims Disability Living Allowance can expect to be re-tested for the stricter new Personal Independence Payment over the  next four years.

Hundreds of campaigners were set to attend the second national Benefit Justice Summit in London on Saturday of this week.

They were coming from tenants associations, trade unions and the new anti-bedroom tax groups springing up on estates around Britain.

Eileen Short, one of the campaign’s coordinators, thinks the movement is already making a difference—but there is still much more to be done.

“There have been meetings on the estates, marches in the city centres and protests at the housing offices. And that’s changing people’s minds about benefits,” she said at a meeting last week.

“And there are now 15 councils saying they won’t evict people who fall into arrears as a result of the bedroom tax. “When we first came up with that demand we were told we weren’t being realistic.”

The All-Scotland Anti Bedroom Tax Federation has called a protest in Glasgow on 1 June. Campaigners in Manchester have said they’ll march on that day too.

This growing movement can put pressure on landlords, and give councillors and housing and benefit workers the confidence to stand with tenants and claimants.

The summit is an opportunity to coordinate against the government at a national level.

“We need to unite campaigns against all the attacks on benefits,” Eileen told Socialist Worker.

“The bedroom tax is something we can win on if we press through—and that can build momentum to defeat the other cuts.” 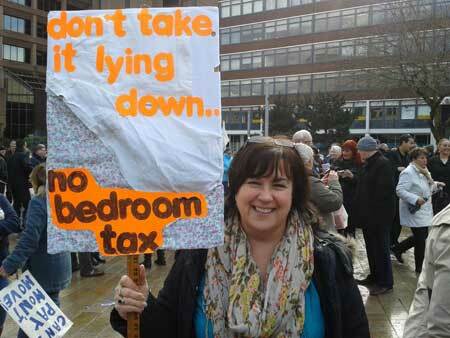