The Tories have launched two schemes to scapegoat migrants.Spot checks to identify “illegal” immigrants were carried out during raids at London tube and rail stations last week.

Stella Creasy, MP for Walthamstow, said, “I’ve been told they were only stopping people who looked Asian or African and not anyone who was white.”

But, the Home Office is now being investigated for unlawful discrimination after the raids and the vans that toured some London boroughs last month.

Two vans carried a slogan “In the UK illegally? Go home or face arrest”. Socialist Worker has always argued that no one is illegal, and there should be no immigration controls.

Tory spin doctor Lynton Crosby is rumoured to be behind the campaign. While working for London mayor Boris Johnson, he reportedly said their campaign should not bother with “fucking Muslims”.

The Tories claim the £10,000 campaign is a success and they are considering extending it.

But one targeted council, Redbridge, issued a statement. It said, “Whatever effect this campaign might be intended to have is far outweighed by the negative message to the great majority of people, from all backgrounds, who live and work together in Redbridge, peacefully, productively and lawfully.” 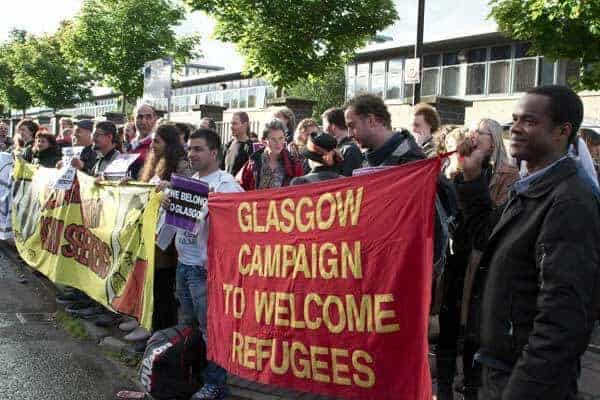 New movement will Max resistance to Tories’ scapegoating of migrants