This article is over 9 years, 2 months old
Over 300 people protested outside the European Commission in London this evening in solidarity with the strikes across Europe.
By Tom Walker
Downloading PDF. Please wait...
Wednesday 14 November 2012

Over 300 people protested outside the European Commission in London this evening in solidarity with the strikes across Europe.

Labour MP Katy Clark told the rally, “The struggles that are taking place throughout Europe are the same struggles. United we will be victorious.”

Many at the demo were from the striking countries themselves. Laura, from Spain, told Socialist Worker, “My family are on strike back home. I’m here in solidarity with them. I hope to see a general strike here too.”

PCS general secretary Mark Serwotka said the action across Europe raises the question “why isn’t that happening today in Britain?”

He said he was proud some PCS members had walked out today and the union is planning a new strike ballot.

“We hope we are not on our own,” he said. “But if we are we know we can count on your support.” The rally then marched through the streets of Westminster.

Karen Davies, a UCU union member, told Socialist Worker, “If they can have a general strike across Europe, surely we can do it here.” 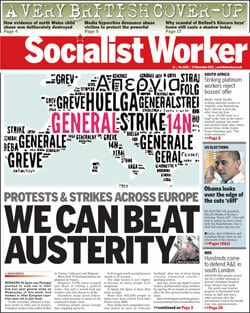 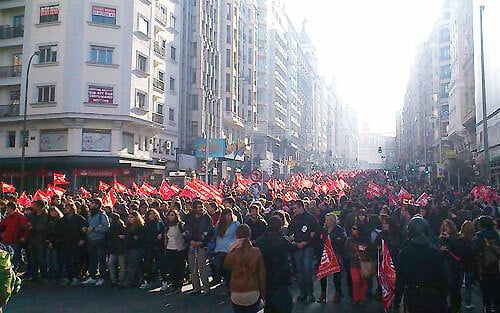 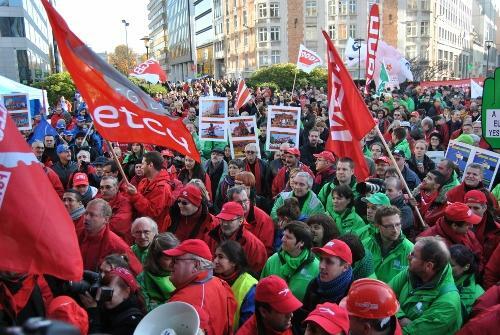