The Unite the Resistance conference was also a chance to debate strategy in some of the key national disputes.

Firefighter Kelly Macmillan was disappointed not to be striking that day after the FBU union’s planned five-hour strike was called off the day before. “We had the braziers ready,” she said.

Alex Kenny, from the national executive of the teachers’ NUT union, controversially defended the strategy of staggering strikes on different days.

South London teacher Jess Edwards said, “NUT and NASUWT owe it to the children we teach to continue the fight—name the day in November when we’re all out.”

We can win if we get organised together

Ricky Tomlinson, actor and former Shrewsbury picket, sent a message of solidarity to the conference. “We can only succeed if we are organised,” he said. “Austerity? My arse!”

A message from the Blacklist Support Group thanked Unite the Resistance for supporting its fight.

And labour lawyer Haitham Mohammedain gave a video address from Egypt. “We need solidarity at this point of the Egyptian Revolution,” he said.

Caul Grant is an RMT union member who led strikes on the Serco “Boris bike” hire scheme. “The idea of unions coming together is a very powerful one and that’s how we need to go forward,” he said.

Unite the Resistance secretary Sean Vernell of the UCU lecturers’ union said united action was “the point of the trade union movement”.

“We should name a day and all come out together,” he said.

How we built our union branches

More than 80 people packed into the workshop on organising in the workplace.

“We need to organise from the shopfloor up. If we’re going to bring this government down we’ve got to stand up together.”

Bryan Kennedy, Unite union rep at One Housing, explained how a fight against pay cuts had seen his union grow from 33 members to more than 200. 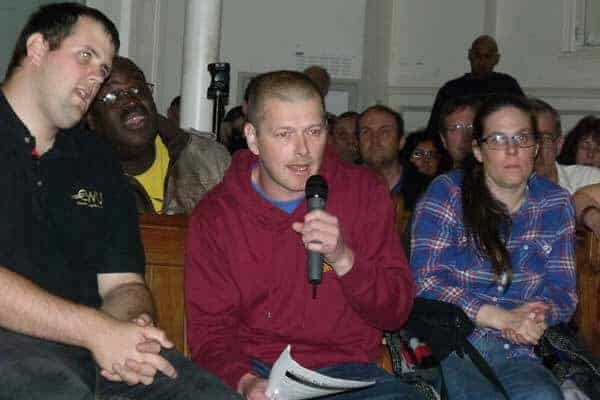 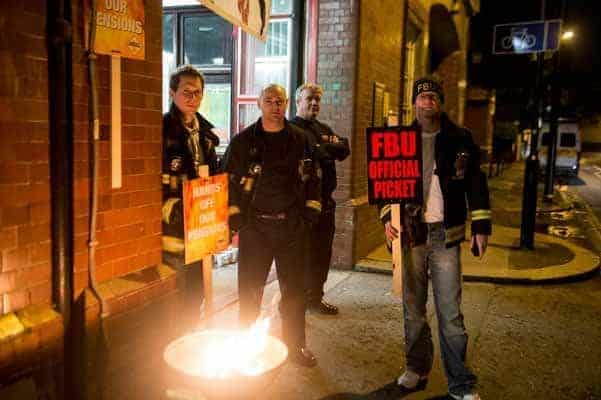