Protesters in Beccles, Suffolk, lobbied a meeting of the local Clinical Commisioning Group (CCG) on Friday of last week.

The CCG has taken the decision to close Greyfriars walk-in NHS clinic.

Over 5,000 patients will have to be transferred to other GPs, putting extra pressure on already stretched local surgeries.

Members of the Unite and GMB unions, Great Yarmouth Trades Council and the People’s Assembly attended the demonstration.

Greyfriars is a well used and recently refurbished centre.

A petition from thousands of residents in Great Yarmouth was handed in at the meeting.

Protesters were disappointed that there was no presence from the biggest health union Unison.

Other lobbies over NHS cuts in the area have made the point that Unison does not seem to be engaging in the struggle to stop the Tories dismantling our services. 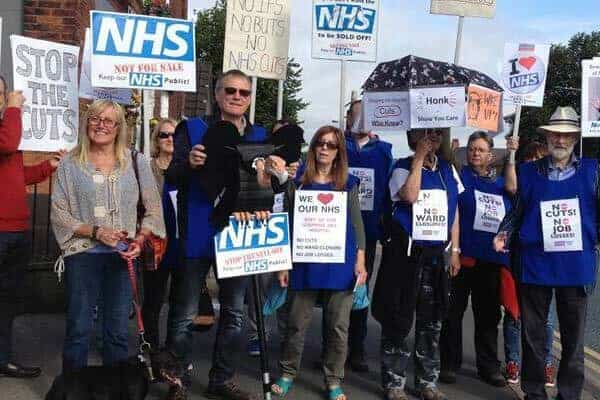 Protests against closure in Stockport

Activists protested outside Stepping Hill hospital in Stockport on Monday.

Further protests are planned outside the hospital every Monday at 8am.

A protest is planned at the entrance to the Merseyway Shopping Centre from 10.30am this Saturday.

The GMB union is carrying out a consultative ballot of health workers in Sussex over unpaid back pay.

Subcontractor Coperforma took over passenger transport services in Sussex on 1 April after the previous contractor went into administration.

Outsourcers Docklands Medical Services and Coperforma promised to honour all the outstanding liabilities.

But the workers have still not been paid some £45,000 in overtime and unsocial hours pay. 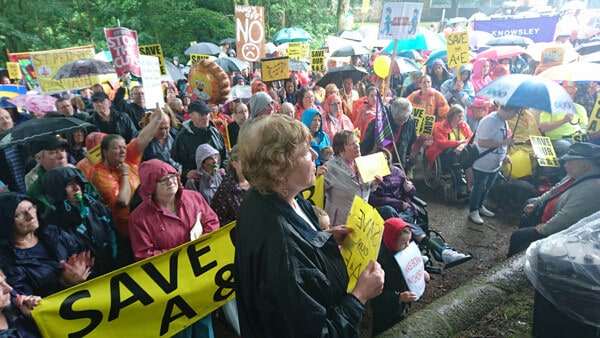 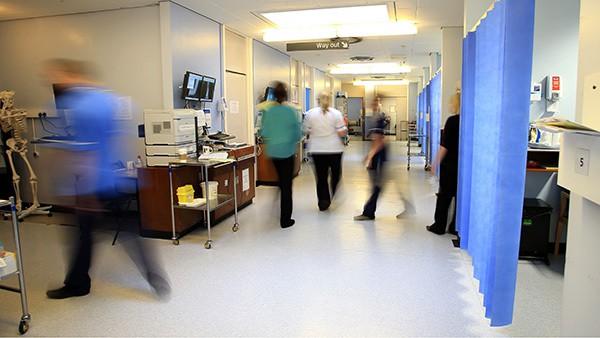 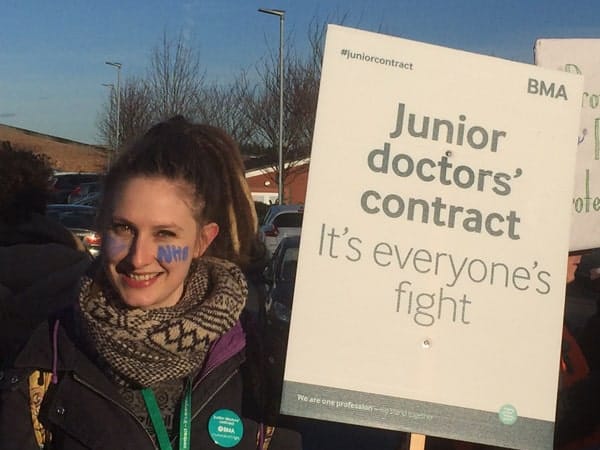