Union leaders have supported workplace action for the global climate strike on 20 September.

Delegates to the TUC union federation conference in Brighton unanimously backed a motion calling for the “movement as a whole” to make sure school strikers “don’t fight alone”.

It mandated the TUC to “call for a 30-minute workday campaign action” on 20 September.

Steve Turner, Unite union assistant general secretary, said, “How proud can we be of our children, taking to the streets just as they did against austerity in 2010?

“As socialists seeking a better world, it’s our duty to stand proudly beside them.”

He called on people to “take whatever solidarity action we can” or “we’ll be seen as irrelevant”.

Disagreements about what sort of action is possible came out on the conference floor.

Jo Grady, the UCU union general secretary, argued that 20 September “represents an opportunity we cannot afford to pass up”. “The youth climate strike movement is one of the most impressive and important examples of coordinated mass action that the world has seen in recent years,” she said.

“The original text of our motion called for 30 minutes workplace stoppages and as far as our union is concerned it’s the least we could do.”

The original motion put forward by the UCU union was combined with other ones on climate change and watered down.

Activists should go into their workplaces and union, making the argument for unofficial walkouts on 20 September. Sally Kincaid, an NEU education union delegate, argued, “Do the maximum you can do, think big, work with others and do what you do best and organise.”

She talked about how some local government workers were planning to set off the fire alarm on the day so they could walk out.

Some speakers pointed out that 20 September was an opportunity to rebuild working class confidence to take action. Grady said, “Let’s start to build an appetite in our movement for the sort of direct solidarity action that has been inhibited by the anti-union legislation.

“The employers in the sectors we cover are already starting to fall in line and endorse the kind of action we’re calling for.

“The University of Bristol has promised its staff they can walk out with no repercussions and so have several FE colleges.”

The TUC motion also called for a just transition to a “low-carbon economy” by “taxing the wealthy”.

This is a major step forward from the motion at the last TUC conference. That congress backed a motion and amendment on a “just transition” that said energy workers should have the main say over energy policy.

It resisted moving away from fossil fuel industries because unions represent workers in those sectors.

Now Turner talks about how a Green New Deal could “ensure that our members are reskilled or upskilled with no loss of pay or terms and conditions”.

It shows that the climate movement of school strikes and Extinction Rebellion has had an impact on the union movement.

Activists should use it as an opportunity to push for militant action over the climate. 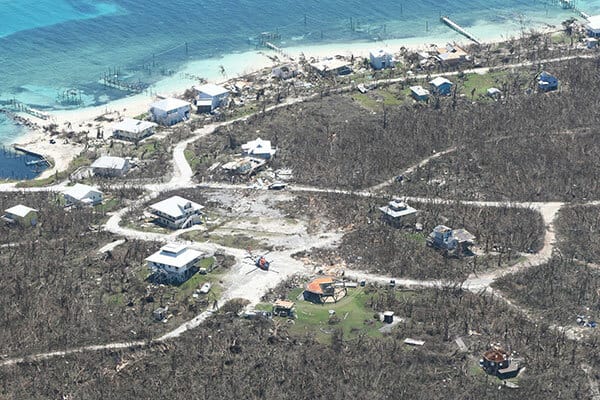 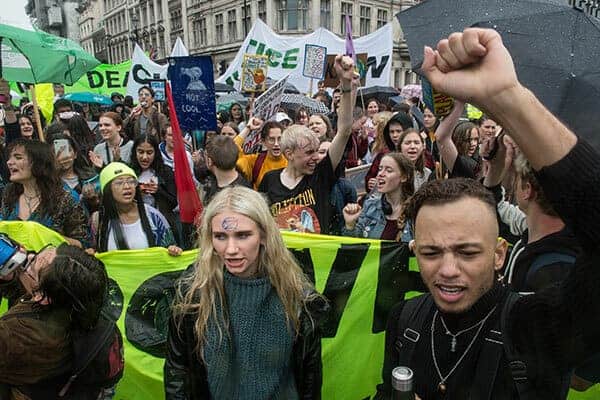