THE TRAGIC death of ten year old Jevan Richardson in Lewisham, south east London, has led to calls for black communities to set up their own schools. Jevan committed suicide after being excluded from school following an incident allegedly involving Pokmon cards. His death has highlighted the appalling plight of many black children in Britain’s schools.

Black children are between five and six times, and in some areas up to 18 times, more likely to be excluded from school than their white counterparts. They are also far more likely to leave school with no qualifications. However, the solution to this problem is not to shepherd those kids off into segregated schools. This will only play into the hands of those who want to destroy our multi-ethnic society.

While the proportion of black students excluded from school is much greater than that of white students, the vast majority of school exclusions are of underprivileged white children. The marginalisation of black and working class children is a direct consequence of the competitive, league table obsessed agenda of the government. Both the Tories and New Labour have pursued this agenda since the late 1980s.

As with the other public services, there will need to be a united fight involving teachers, parents, and black and white pupils to defend state schools and to demand greater resources for our childrens’ education.

Parole board hits sick and vulnerable

THE DISTORTED media coverage of the parole applications of Jon Venables and Robert Thompson gives no indication of the obstacles facing long term prisoners seeking release. The Parole Board deals with the release of prisoners serving four years or more. While some lifers are entitled to an oral hearing, most applicants are not. There is no right of appeal against any Parole Board decision.

The Parole Board has the power to direct the release of prisoners convicted as children of murder. Once released, the prisoner is subject to a life licence and can be recalled to custody at any time, whether or not he/she has committed any criminal offence.

I recently had a client who was convicted of murder at the age of 16, when he was probably mentally ill, in 1946. He was released in the early 1960s only to be recalled in 1989 when the Probation Service decided he was “unmanageable”. For the next ten years there was an unseemly game of pass the parcel between the various agencies responsible for him.

When diagnosed as terminally ill with prostate cancer, he was released to a hospice to die. New Labour is committed to the extension of the parole licence system. Its victims will be the sick and the vulnerable for whom proper support should be provided in the community.

THE RECENT victory over SITA’s attempt to worsen the pay and condition of its Brighton dust workers was a brilliant victory over a multinational corporation. It is timely for those of us who live in Thanet who face a SITA-built incinerator being sited in nearby Sandwich.

The incinerator will burn 150,000 tonnes of domestic, commercial and industrial waste that will spread toxic fumes over the Thanet/east Kent area. Groups Already two residents groups have been set up in Sandwich to fight the proposals.

A recent public meeting in Sandwich agreed that the campaign was not just a question of one incinerator but of the growing domination of multinational corporations.

On trial for fighting system

DURING THE recent demonstrations against the EU summit in Gothenburg the police opened fire, shooting three protesters. Many others were brutalised and arrested including a friend of mine, Paul Robinson. Paul is facing charges of violent rioting and attempted assault. Paul, who is a UNISON union member at the University of London, was inspired by the Seattle protests on 30 November 1999.

Paul went to Gothenburg to protest against the threat of Bush’s National Missile Defence system, the destruction of the planet by global warming and the violence inflicted on the world’s poor by global capitalism. Now he is being held in isolation on remand in Gothenburg. The Swedish legal system does not have bail or a jury system.

WE URGE socialists to take seriously the struggle of workers and users of the mental health system. We specifically need to challenge the new Mental Health Act reforms that New Labour is championing.

These new proposals will pave the way for compulsory treatment of people with mental health problems and for the detention of people with a label of “severe personality disorder”, whether or not they have committed an offence. We invite you to attend our day event, “Psychology, Politics, Resistance: asylum in the 21st century”, on 14 July in Manchester to discuss ideas and learn about socialist mental health politics.

THE NAZI British National Party (BNP) results of 16 percent in Oldham West and 11 percent in Oldham East and Burnley in the general election have sent shockwaves all over Britain. These results have given confidence to the Nazis to terrorise Asian communities in these areas.

We must defend our multicultural and multiracial society by activating anti-racists in every workplace, college and community, and by building the Anti Nazi League (ANL). At this year’s trade union conferences the ANL received overwhelming support from the trade union movement. We won affiliation at a national level from the MSF, GMB and TSSA unions.

We are very proud to add these unions to our list of affiliates. The CWU, FBU, PCS, GPMU, RMT, NATFHE, ASLEF and the bakers’ union, among others, already support the ANL.

People want to see a fight against the Nazis. Trade unionists should get their local branches to affiliate to the Anti Nazi League and build a movement that will smash the Nazis off our streets.

RECENTLY THERE was a meeting of workers in my school in Camden to discuss how privatisation might affect us. I wasn’t sure how many would come. But five lunchtime supervisors, two librarians, all three science technicians, three caretakers and 15 teachers, plus seven other staff all came.

There was a real feeling of anger at privatisation, and many people made links between what has happened on the railways and the privatised canteen. We know what will happen to us. When they come for us they will find us ready, angry and united.

WE WERE acquitted last week by Harwich magistrates court after we were arrested for taking direct action against genetically modified (GM) crops in Wivenhoe, Essex.

Eleven local people took action in July 2000 after the multinational company Aventis and a local farmer refused to heed the wishes of the majority, who had voted 88 percent against the crop trial in a referendum.

The planting of GM crops in Wivenhoe has politicised many people who are disgusted at the way big business has run rough shod over democracy. Aventis and the farmer have recently planted another two fields of GM maize.

After our acquittal many local people see that direct action can work and are eager to do all they can to stop these crops. It is clear that the genetic modification of crops is all about the desire of a few multinational corporations to dominate global food supply for the sake of even larger profits.

The government has been bending over backwards to appease the multinationals regardless of the consequences to the environment or human health. We see the campaign against GM as an integral part of the anti-capitalist movement. We must pull up these crops and uproot corporate power! 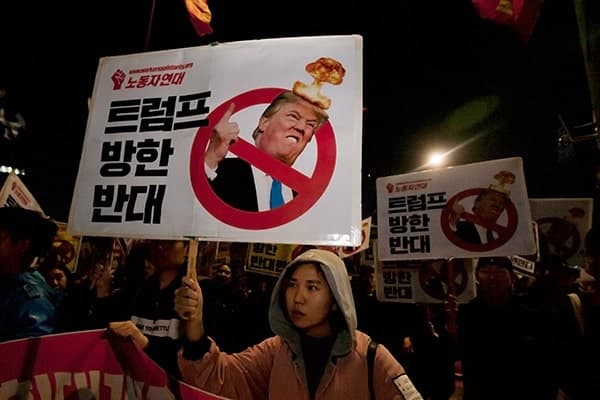 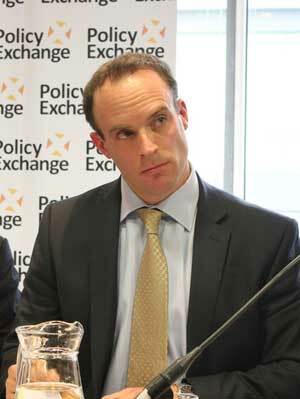