Transport job cuts will be resisted

This article is over 12 years, 11 months old
Tube unions have pledged to fight any plans for Transport for London and London Underground to impose compulsory redundancies.
Downloading PDF. Please wait...
Tuesday 03 February 2009

Tube unions have pledged to fight any plans for Transport for London and London Underground to impose compulsory redundancies.

Management has responded to the economic crisis by attempting to cut costs by £2.4 billion.

It wants to balance its books to help pay for the £16 billion Crossrail project and to plug a multi-billion pound funding gap across the tube.

There are plans to cut 1,000 jobs on London Underground and hundreds more at Transport for London. Management claim that these will be “backroom” staff and will have no effect on the service.

But the unions have said that they will defend services and oppose compulsory redundancies.

Bob Crow, general secretary of the RMT union, said, “It seems if you are a banker you get protection, but if you are part of a team providing a public service you don’t.

“There is no way that London’s transport workers should be made to pay for the failure of the bankers and privateers whose greed has created the crisis our economy is now in.

“And there is no way that redundancies on this scale can be implemented without affecting the level of service.

“If Boris Johnson, the mayor of London, is looking for efficiencies he should bring the Tube Lines PPP contracts back in house.

“Any attempt to impose compulsory redundancies among our members or to undermine their terms and conditions will be met with a ballot for industrial action.”

Gerry Doherty, the TSSA union general secretary, said, “We shall defend services and oppose any compulsory redundancies with every weapon at our disposal.”

There is also a dispute brewing on the tube over pay, after management delayed talks.

The two dozen “shift testers”, who have already stopped work three times, also plan to strike for 12 hours starting at 19.59 on Wednesday of this week, 11, 15 and 22 of February and 1 March.

A strike by members of the RMT in the control room of the Docklands Light Railway over changes to weekend working hours was suspended on Monday.

This came after Serco Docklands agreed to leave existing roster arrangements in place pending the outcome of further talks.

Over 2,200 members of the RMT at the Northern Rail company are being balloted for strikes over a “comprehensive breakdown” in industrial relations. 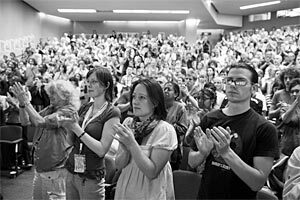 Drug workers call off their strike 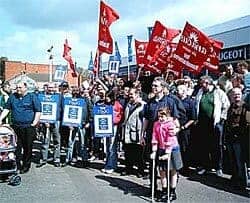