Strikes down the track at Amey Colas

RMT union members who renew railway track for Amey Colas are set to strike for two and half days from 6pm on Friday.

Workers voted by almost 83 percent to strike in a dispute over pay, conditions and working hours.

It focuses on improving pay for workers having to work extra hours.

Train drivers at Arriva Wales are set to strike for 24 hours on Friday in a dispute over disciplinary procedures.

London Underground overtime ban back on

Workers in the RMT union on London Underground were set to begin an indefinite overtime ban on Wednesday.

It is part of long-running campaign to fight downgrading, job losses, pay cuts and the closure of Tube ticket offices.

Many workers were frustrated when an overtime ban was suspended earlier this month by the union.

Solid strikes earlier this year hit back at the bosses’ massive cuts plan that threaten hundreds of jobs and mean ticket offices will close.

The ballot for the new general secretary of the RMT union closed on Monday. 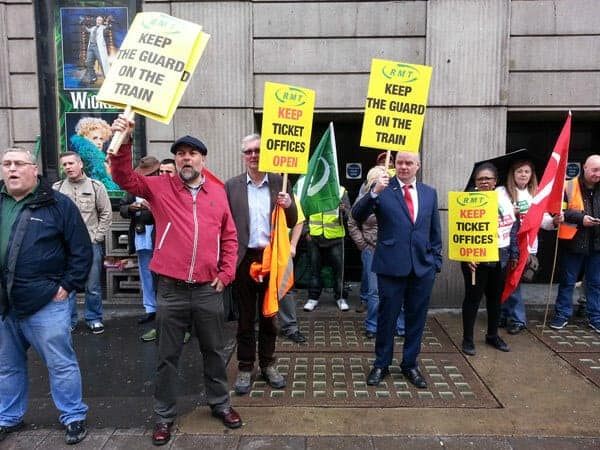