Tube strikers stood up to smears in the right wing press on the second day of action
By Sam Ord
Downloading PDF. Please wait...
Thursday 03 March 2022 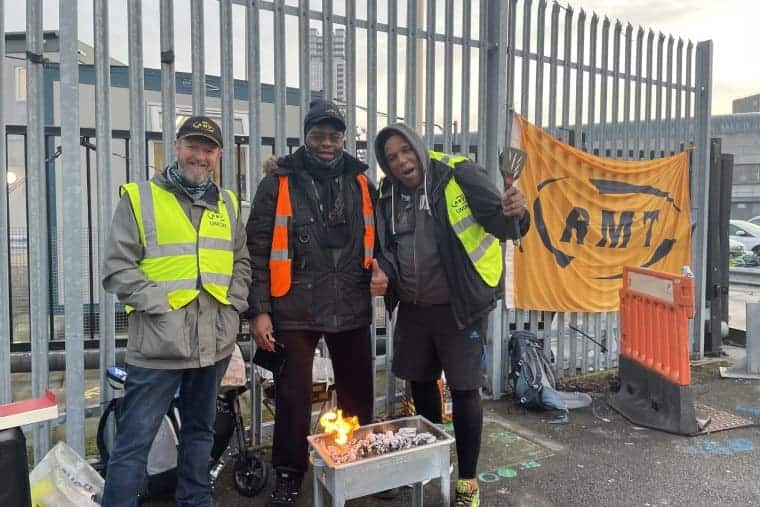 The London Underground (LUL) network was brought to its knees on Thursday on the second day of strikes.

Around 10,000 workers in the RMT union are fighting back against 600 job cuts and attacks on pensions and working conditions. The strike started at midnight and lasted 24 hours. It follows a similar walkout on Tuesday and disruptions to shifts.

Sadie, a gate line station worker, told Socialist Worker, “Job losses are quite scary. I work at a busy zone one station. Fewer people won’t be able to deal with a rush of people, if people fall down the stairs or a fight breaks out. So much of the time tickets don’t work, we can’t leave the gate to be there.”

In November last year, the RMT found that 76 percent of LUL and Transport for London (TfL) rail networks staff in public facing roles have faced violence at work since the pandemic began.

Sadie believes job cuts will increase this danger to workers. “If people have a go at us or drunk people get out of hand, when there’s more people you feel safer as you’re not alone,” she said. Smaller stations are already running with low amounts of staff—they could be left alone.”

Thursday’s strike has had a larger impact than Tuesday’s, affecting more lines with more workers staying home. Des, the vice-chair of Finsbury Park RMT, told Socialist Worker, “Only three or four people have booked on to work the Victoria Line.

“Brixton station has been much quieter today, we’ve had donations of food, chocolates and £20. The majority of the public that we’ve spoken to are offering solidarity.” 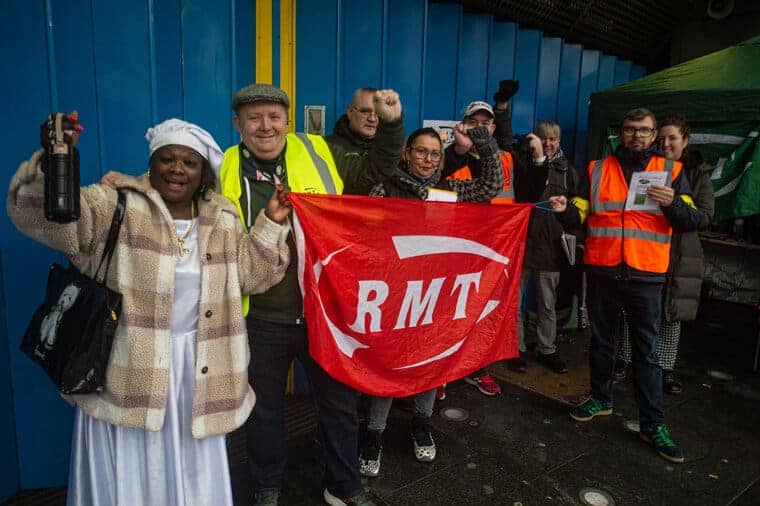 At Oxford Circus station, local university students unveiled a banner reading, “Students support the Tube strike.” Solidarity has come in despite right wing attacks from Tories and the press. The right wing Telegraph newspaper ran an article titled, “The enemy underground: how ‘Putin apologists’ brought London to a standstill.” Des said, “The right wing media are trying to derogate everything we do, the general public is ignoring it.”

The RMT members are right not to roll over and accept these attacks. Public transport should be accessible and publicly-funded while offering staff good pay and conditions. Sadie believes that, if the Tube strikes don’t win, it will open the gates to more attacks on working conditions.

She said, “I got told yesterday, ‘It is reassuring to see station staff.’ If these cuts happen, what next, more cuts? It will get worse and worse. This will affect disabled and partially-sighted people—they may feel like they won’t be able to travel.”

In an RMT all-members meeting before the strike, drivers made the point that if these cuts happen they will also be affected. “It affects all of us,” said Sadie. “We’ll all feel the impact of it.

“The union need to tell us what’s next. We need to escalate to win if that’s what it takes. We don’t want two strike days to mean nothing.” 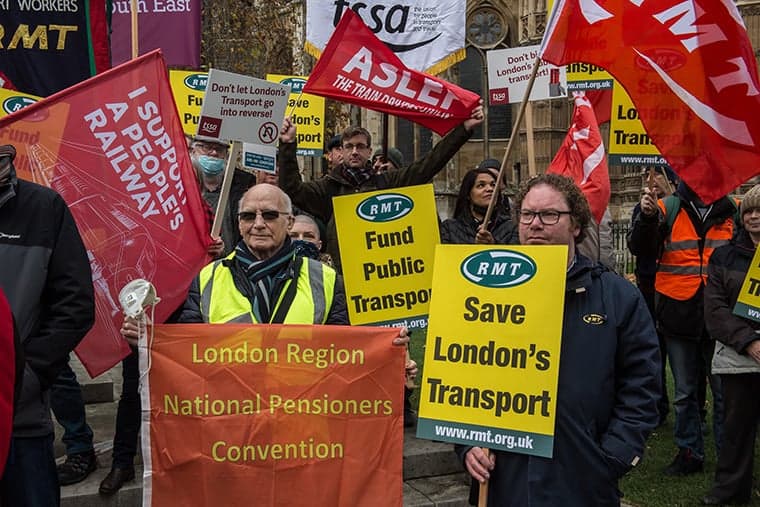