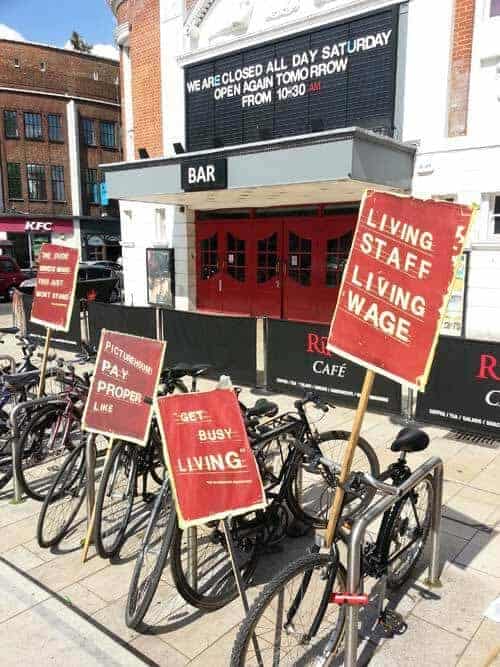 Cinema workers at the Ritzy Picturehouse in south London staged their seventh strike in two months over pay last Saturday.

The Bectu union members are demanding the £8.80 an hour London Living Wage.

Daisy has worked at the Ritzy for six months.

“I really love film so this should be a great place to work,” she told Socialist Worker.

“But it’s quite stressful. The tills don’t work and we’re understaffed.”

Bosses gave workers a measly pay rise of just 29p an hour a couple of weeks ago. Daisy said she “didn’t even notice it” in her pay packet.

She said Picturehouse owners Cineworld “made

£31 million profit last year—don’t tell me they can’t afford to pay their workers a decent wage”.

“It’s solidarity in a different way,” she said. 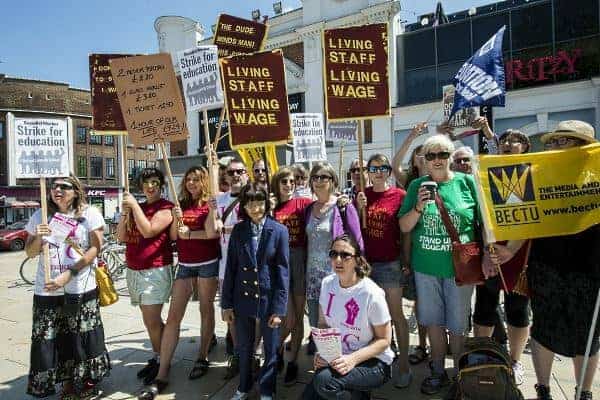 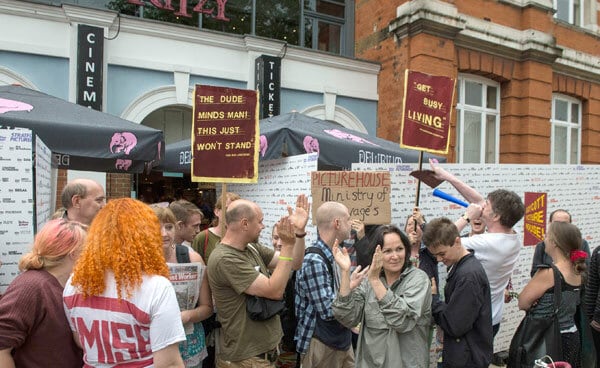