TUC says no to union-bashing

There was unanimity at the TUC in opposition to attacks on employment rights and curbs on union organisation.

General secretary of the Unite union Len McCluskey said, “Shackled unions mean a crippled society. Stronger unions mean a decent country for everyone to live in.

“Union-bashing hasn’t created a single job —instead it has led to inequality, poverty and increasing desperation.”

The TUC demanded “a new legal settlement to provide for new rights and new freedoms for trade unions and people at work.”

Martin Smith is national organiser for the GMB union. He said this would stop unions having to adopt “tactics of the French resistance” in companies such as Amazon and Sports Direct.

He said these firms were “hostile” to trade unions.

Steve Turner from Unite added, “If we have got money to propose war on Syria, we’ve got money to wage war on food banks, to put people back to work, our children into school and university.” 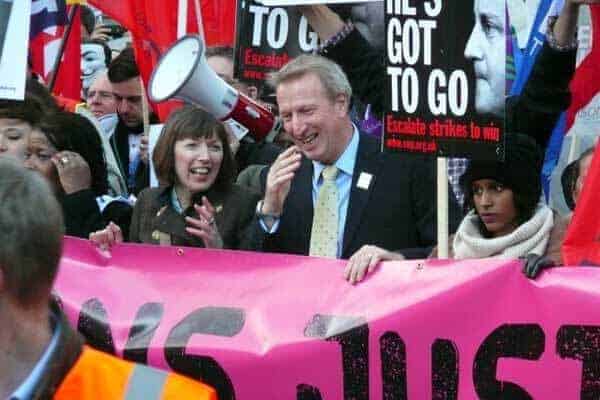